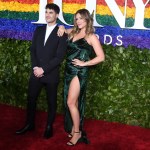 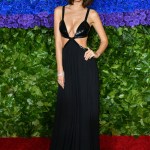 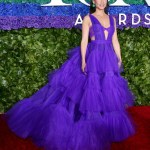 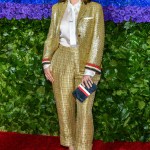 Broadway star Kristin Chenoweth could have any role she wants, but she reveals the one she’d love to play next!

Kristin Chenoweth is an icon in her own right, and she revealed to HollywoodLife.com which musical icon she’d love to play next on the Broadway stage! “I’d love to see any story about Dolly Parton come to Broadway,” she explained in an EXCLUSIVE interview with HollywoodLife at the 2019 Tony Awards. We then suggested that she should play Dolly, to which she quipped, “Exactly! That’s right!” We think the Oklahoma native would be a great fit for the country queen! She added that Dolly will be featured on her upcoming album For The Girls! “It has Dolly, Ariana Grande, Reba [McEntire] and J.Hud, and a bunch of other people on it. It’s for the girls, about the girls, and by the girls!” Kristin said. We can’t wait to hear!

Another project Kristin has been dedicated to and was excited to discuss is her Broadway Bootcamp, which started on the same night at the Tony Awards! “It’s in Broken Arrow, OK, in my theater — which is state of the art, 1,500 seats — it’s where all the tours and acts come through,” she explained. “We have an intensive, week long of singing, acting, dancing and next week we do performances where scholarships will be given!” The Wicked star called the experience her “favorite week out of the whole year.” “They asked me, do you want to put your name on this beautiful, amazing theater? And I said, only if I can do it my way. And that’s how we’re doing it! We’re in the fifth year of Broadway Bootcamp!”

The busy Tony winner flew in from Atlanta, where she’s currently filming Holidate, to attend the awards and present the nominated cast of The Prom ahead of their incredible performance. She also helped James Corden during one of his hilarious sketches at the show, where he had stars practice their ‘losing’ faces, and Kristin’s was definitely a winner!