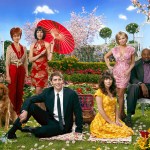 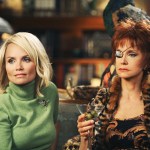 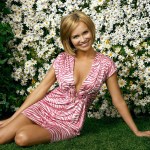 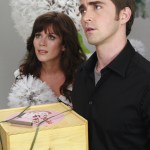 A revival of the beloved ‘Pushing Daisies’ has been talked about for years, and star Kristin Chenoweth told HL EXCLUSIVELY that she would be honored to bring back Olive, a role she called ‘one of the best roles of my career.’

Pushing Daisies may have been cancelled after two seasons in 2009, but the show’s fans continue to keep the spirit of this show alive 10 years later. HollywoodLife spoke EXCLUSIVELY with Kristin Chenoweth, 50, who played the iconic Olive Snook, and show creator Bryan Fuller, 49, about the possibility of a revival and more. “There are so many people that miss it and loved it,” Kristin told HollywoodLife at PaleyLive LA’s Kristin Chenoweth: In Conversation With Bryan Fuller at The Paley Center For Media on Feb. 27. “Not only was it so critically hailed, but when you really look at the characters that we created and that came out of his brain [pointing to show creator Bryan Fuller], I tell him a lot that his brain must hurt. But we love those characters and I think that the show is so unique and special and it stands alone and there’s only one of that show. I’m so proud of it.” Bryan also added, “We talk about it. We’d love to do it.”

The Broadway legend would totally be down to do a revival, but if it didn’t happen, that would be OK, too! “I am just happy to have Bryan in my life,” she gushed. Kristin won an Emmy in 2009 for Outstanding Supporting Actress in a Comedy Series for her portrayal of Olive Snook. She starred alongside Lee Pace, 37, who played Ned, a pie-maker with the ability to bring dead things back to life with his touch. With the help of his childhood crush, a private investigator, and Olive, Ned used his abilities to solve murder cases.

Even after all these years, the role of Olive remains near and dear to Kristin’s heart. “It’s one of the best roles of my career,” Kristin continued. “To have one in your career like that, you’d be so lucky. I’ve been lucky, but honestly, I look back at Olive Snook and I miss her every day. I don’t feel that we got to say goodbye. To me, she’s still out there.”