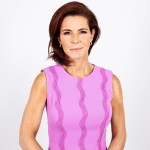 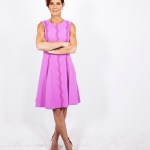 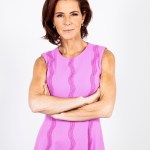 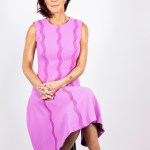 Stephanie Ruhle has called out the sexist trolls shaming moms like Amy Schumer and herself for working, while parenting. In our exclusive podcast interview, she explains why.

MSNBC’s Stephanie Ruhle recently published a beautiful essay about mom-shaming that instantly went viral. The co-host of Velshi & Ruhle opined about the recent struggles that actress and comedian Amy Schumer has been going through as a new mother living her life in the spotlight. Anything Amy says or does on social media regarding her newborn is criticized by commenters shaming the way she parents. It’s brutal, and as a mother herself who appears on TV, Stephanie knows what she’s going through all too well. Stephanie elaborated on her NBC News article and more when she stopped by the HollywoodLife podcast (full episode here) for an EXCLUSIVE interview.

Stephanie’s message to trolls is simple: mind your own business. The anchor was inspired to speak out about mom-shaming after seeing what happened to the Inside Amy Schumer star on Instagram. Amy merely posted a pic of herself performing standup comedy, two weeks after giving birth to son Gene Fischer, and it was enough to set off critics in the comments. They said things like, “Already???? That’s insane!!! And inhumane. Contract or not you need to be allowed at least 6 weeks for maternity [sic].” Stephanie told us that the response was “massively sexist,” since observers would never blink twice at a new father returning to work quickly after his child’s birth. Plus, she pointed out that Amy would only have left her baby for less than two hours to be able to have appeared at the club.

“Comedy is how she supports her family. Comedy is how she makes money,” Stephanie said. “When a husband leaves the next day to go off and go to work, we view that as his form of caregiving, providing for his family. She’s going to work to provide for her family. The pressure we put on women is just enormous, and it’s time to say, let’s just dial it back for a moment and celebrate how complex life is.” There’s the pressure a woman feels of being a good mother, as well as still being seen as successful in her career, she explained. “For moms out there when we’re first on maternity leave, we’re totally scared that we’re going to lose our business, or we’re going to become irrelevant or that we’re not going to be attractive to our partners” After having a baby, Stephanie, for example, admitted that she used to hide in a closet while pumping breast milk, so that her husband couldn’t see her.

Stephanie, mother to three kids — sons Harrison, 12, and Reese, 10, and daughter Drew, 6, — says that she’s been mom-shamed multiple times herself. “I get it all the time. If I’m out at an event, or I’m out late, or I’m traveling, or viewers see me on the road, it’s, ‘Shouldn’t you be home? Where are your children?’ When a mom goes on a business trip, it doesn’t matter how old or young her children are. People are always like, ‘Great to see you. Who’s taking care of the kids?'” There’s a double standard when it comes to how society treats mothers and fathers. As Stephanie pointed out, nobody ever asks a man who’s caring for their children!

“We’re blessed to have these great opportunities and it’s not time to shame or attack anyone — but, you know what? We’re moving towards a phase where coparenting is important. My husband (businessman Andy Hubbard) is not babysitting my children. He’s parenting them,” she stated. Stephanie and Andy are dedicated to equally coparenting their children, and it helps them balance their high-powered careers with family time. As a newsperson, Stephanie’s day starts with a 6:00am meeting, which she does from home so she can help her kids get ready for school. She’s in the NBC News office by 6:45am, and on-air with MSNBC Live with Stephanie Ruhle at 9:00am, then again at 1:00pm for Velshi & Ruhle. Seriously; it’s not easy! But they make it work. They ensure that the whole family has dinners together at least on Monday and Friday nights, but the rest of the week is a “crapshoot,” Stephanie says. “Either my husband or I are home every night. It’s not [like] having a newborn baby. I actually think it gets more complicated the older your kids get.”

Stephanie’s bottom line: don’t judge a mother until you’ve walked in their shoes. “No one should be defined by whether they work [or] whether they stay at home, if they’re a mom.”