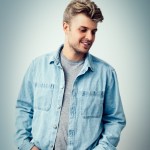 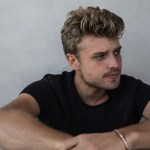 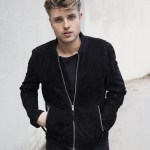 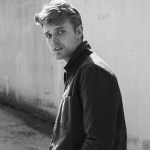 Sandro Cavazza’s latest single is a heartfelt track about lost love, & he told HollywoodLife about the meaning behind the lyrics in an EXCLUSIVE interview.

Dance music fans may recognize 26-year-old Sandro Cavazza’s vocals from his work with the late Avicii on “Without You,” or perhaps from his time working with Kygo on “Happy Now,” but his solo music is about to blow your mind. The Swedish singer-songwriter is on a roll in 2019, and after releasing an infectious set of remixes for “Used To,” he returned with his innately honest track “Enemy.” HollywoodLife caught up with the hit-maker to hear about his new music, inking a record deal, and so much more.

“Me and Victor Thell had a blast in the studio making the song,” he tells HL of “Enemy.” We wrote it about someone who doesn’t wanna let go of what/who they love,” he explained. He went on to tell us why he knew that it was the right decision to release several remixes for his previous track, “Used To.” “Remixes are always hard to decide between and in this case I had to go for both,” he told us, before adding that the video “was the craziest idea and project of my career. ” You can catch the full chat, below!

Congrats on signing to Island Records! How does that feel? What was it like getting that call?

Knowing you have the support of a great label opens up a world of possibilities, so I was stoked of course!

What made you want to release several “Used To” remixes? Can you tell us about making the official video?

The official video for “Used To” was the craziest idea and project of my career. Me and the other artist Lou dedicated a full year to take pictures for it together with our Norwegian photographer Marthe Veian. We went on short fake vacations to Paris, London, and Oslo and took all the shots we needed in less than 14 hours and then headed back home again. It was crazy!

You co-wrote a few tracks on Avicii’s iconic Stories album. Looking back, what does being a part of that mean to you?

Everything. It was the start of my solo career as well as my success in the music industry.

Just a year after his passing, what would you say is your fondest memory with him?

There were a lot of memories, but probably when we were writing songs in the Grand Canyon. It was absolutely beautiful and the group had such a positive vibe.

What song are you most proud of to date?

All of the songs! Can’t pick just one really.

How did you link up with Kygo?

We both really liked the idea of trying to work together so we basically went into the studio and we clicked. He’s one of the best people and producers I’ve met in this line of work so it’s been a blessing working with him.

What else can fans look forward to from Sandro Cavazza in 2019?

I’m working on new songs that I want to release this fall and will have some great shows in Sweden this summer!