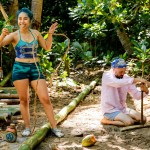 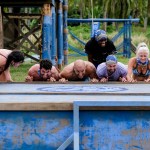 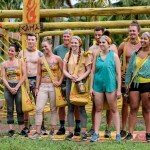 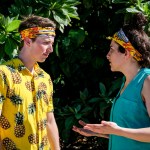 After an epic comeback and one of the riskiest moves ever made in the game, Chris Underwood won ‘Survivor: Edge of Extinction,’ and opened up to HollywoodLife EXCLUSIVELY

Chris Underwood was voted out on day eight of Survivor: Edge of Extinction, but he battled through the tough elements and beat ten other players from the Edge of Extinction to win his way back into the game on day 35. Rather than making himself the obvious choice to vote out next, he reinstated his alliance with Rick Devens by giving the news anchor half of an immunity idol, which could be put back together and used if they were both still in the game after the next vote. He also earned Lauren O’Connell’s trust and urged her that she would have to make a big move with her immunity idol if she wanted to win the game. She attempted to do just that by giving Chris her idol at the next vote, even though she wouldn’t have needed to, as he only received one vote anyway. At the next tribal, now without an idol, Lauren was eliminated.

The 25-year-old’s biggest move came at the final four tribal council, though. He was guaranteed a spot in the final three by winning the immunity challenge, and simply had to choose which one player he wanted to take with him, which would leave the other two to battle it out in a fire-making challenge for the final spot. However, Chris knew he needed a resume-building move, so he gave up his immunity necklace and took on the biggest threat to win the game, Devens, in the fire-making himself. Chris built up his fire first, earning him a spot in the final three, and eventually the title of sole Survivor against Gavin Whitson and Julie Rosenberg.

“I had a lot of time to think about my gameplay on the Edge of Extinction and I knew that if I got back into the game and made it to the final four, I would have to win immunity, take the necklace off, and beat the top competitor at that time at fire,” Chris explained to HollywoodLife EXCLUSIVELY. “So, for me, the decision [to give up immunity] was made weeks before it happened. I had formulated my game plan for getting back into the game weeks ahead of time. So, that day, I already knew I was going to take the necklace off, and showing Gavin and Julie how to make fire was just more practice for myself.”

Chris added that he’s certain that BOLD move is what got him the win, and said that Gavin definitely would’ve won if he didn’t pass on the necklace. “I needed every morsel of good gameplay while I was in there,” he said. “If I had left anything on the table, it would’ve been a second, third or fourth place finish.”

How did you feel about Devens not voting for you to win? I knew that it was probably going to be a hard sell getting Rick to vote for me because he came so close. I have a ton of respect for him. I tried everything in my power to gain as much respect as possible with a really aggressive cast in terms of strategic gameplay. I had my work cut out for me, so I knew that if I was going to be the representative of this season, I had to lay it on in final tribal and be very formulated with my responses and show how and why I was doing things.

The ending to this season has been a bit controversial, with some people saying it’s not fair that you got to plead your case to a jury of people you spent weeks with on the Edge. How do you feel about that? [When I got back into the game], Victoria [Baamonde] was spot-on. She was trying to tell people…you’re making a really dumb decision if you try to keep Chris around. We have to get him out because he sat on the Edge of Extinction with these jury members. So, knowing that, I had to play really dumb. I had to dumb my gameplay down and try to be a puppy dog — literally just be a vote with no strategic gameplay.

Every path to winning was different for every player. For me, it was the most uphill battle. I had to legitimately play a flawless end game and do it in a way that earned the respect of the people voting for me. It wasn’t a consensus between us where whoever got back in gets the votes. There were some tough, tough players on the jury, and it had to be earned. It really did. It seemed an unfair advantage, but it was going to be tough for me to do anything [once I got back in].

What was the Edge of Extinction really like? It was madness. It was mental hell and really, really hard. Your body just starts withering away. There’s nothing to do, so mentally, you start withering away. Every person handled it differently. I was going out fishing day 17 through day 24, but by day 25, I couldn’t do it anymore. I literally was losing more calories going to get the rice or going to go fishing than I was getting in my body. You can’t plan for that. It’s hard to explain to people how that feels. It just doesn’t feel good. It’s not a good feeling. On top of that, there’s nothing to do…and no shot at reward.

You said you wanted to play a ‘perfect game,’ which was snatched from you when you got voted out so early. Now that you know the results, though, are you happy with how you played? My Survivor experience came full circle. I grew personally, I got my second chance and I capitalized on my second chance. Now, I’m the representative of this season and the Sole Survivor. I can hang my hat on that for sure and be proud of my Survivor experience. It was a very unconventional win. It’s kind of funny — when you let go of control like that, you tend to get the outcome you were looking for without the pressure of trying to make it happen. It was kind of a spiritual thing for me, and I’m still processing that on a personal level.