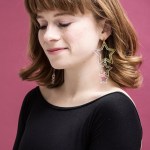 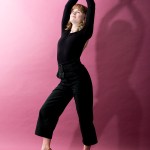 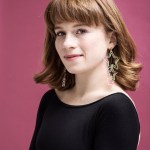 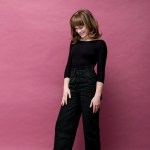 Juliet Brett just kicked off her role as Nicole Fosse in the final three episodes of ‘Fosse/Verdon,’ in which she plays the only daughter of Bob Fosse and Gwen Verdon from ages 12 to 17.

The ages 12 to 17 are a pivotal and ever-changing time, especially for a young woman. Actress Juliet Brett had the pleasure of playing Nicole Fosse through those critical ages in the FX series, Fosse/Verdon. “The beauty of this script is, it’s so well-written. It’s so dynamically written. And so, I didn’t really have to play a little kid,” Juliet said of the role in an EXCLUSIVE interview with HollywoodLife. “She was in an adult world, she was dealing with adult things, and it shows her as a human being in these circumstances.” Plus, if Juliet needed any guidance, Nicole, the only daughter of theater legends Bob Fosse and Gwen Verdon, was on set as an executive producer.

“She’s so kind, and generous,” the actress said of Nicole. “She told me a lot and gave me a lot of insight into her life. You can tell from talking to her that she loved her father so much, and he loved her so much. There was such a bond between them.” However, in the series, which stars Michelle Williams and Sam Rockwell in the lead roles, we begin to see Nicole act out and even experiment with drugs as she longs for her parents’ attention.

“There’s a dance scene where I’m dancing, as Nicole, and I see that my parents aren’t watching me and it’s deeply upsetting,” Juliet explained. “In a lot of ways, the energy of the dance becomes combined with art and salvation, and another is a part of how she channels her frustration.”

She continued to explain that through the years, the biggest change we’ll see Nicole endure is “that transition of coming into her own identity while having parents who have their own very big identities.” “I think is a big push-and-pull,” Juliet said. Be sure to watch Juliet in Fosse/Verdon‘s final episodes on FX, Tuesdays at 10 PM ET!