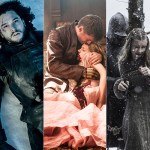 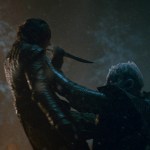 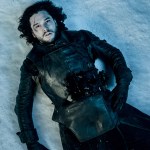 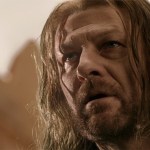 Eight seasons. That’s how long Ghost the direwolf has been on Game of Thrones (even if he was off-screen for large portions), and how long he’s been a faithful follower/battle companion of Jon Snow (Kit Harington). All those days of exploration and fighting, and Jon merely spares his direwolf a parting glance before giving him up to Tormund to set off for battle in King’s Landing — no emotional speech, no final hug, nada. But GOT director David Nutter insisted it wasn’t as personal as Twitter thought after watching the new Season 8 episode on May 5.

“Well the good thing was [Ghost] wasn’t right next to the actors and so forth. So there wasn’t any issues with green screen or situations where we’re dealing with any kind of rotoscoping,” Nutter, 59, explained to INSIDER in an interview published on May 7. These aforementioned “issues” would’ve surfaced if Jon and his CGI wolf had physical contact, and would therefore complicate the filming process. That’s why you haven’t seen Jon touch Ghost since Season 4!

You see, Ghost is “played” by a real Arctic wolf named Quigley, who is trained by Andrew Simpson. All the direwolves’ scenes are shot separately in front of a green screen, and are then edited into scenes with the human GOT actors via rotoscoping. Technicalities aside, wolves are still wild animals. “Wolves remain dangerous even after training. The reality is, wolves can be trained to do only so much, and that has introduced a challenge in its own right, which the writers sometimes have to work around,” VFX producer Steve Kullback wrote in HBO’s book Inside Game of Thrones, according to INSIDER.

Me: Jon Snow, may the gods be with you as you ride south and fight Cersei and…

Ghost watching as Jon rides off to fight Cersei without so much as a “good boy” after fighting the dead for him. #GameofThrones pic.twitter.com/LIbh4SwckJ

But CGI, green screens and wolf acting were not on HBO viewers’ minds when they witnessed Ghost sadly hang his head as Jon took off for the South. “Ghost lost his ear and Jon abandoned him without even hugging him. I won’t be over it!” one fan tweeted, while another took advantage of the sad farewell for a pun: “So did Jon Snow actually say goodbye to his dire wolf, or did he just Ghost him?”