Tameka “Tiny” Harris fans will enjoy the most candid, real version of the singer in the new music she plans to release in 2019. Tiny lovers got a taste of her new sound when she dropped her latest single, “I F–kin <3 U” on May 2, under her alter ego, “Ryder.” The song, which was inspired by her 18-year relationship with T.I. was “probably the easiest song that I wrote in a long time,” Tiny, 43, told HollywoodLife during an EXCLUSIVE interview at our LA studio on May 3. “[It was easy] because I wrote from my story and my emotions… Whatever I was feeling [at the time],” she explained, adding that the love song came naturally to her.

“I feel great about it! I was a little nervous,” Tiny said about releasing the very personal first single, “I F–kin <3 U”. “I don’t put out a lot of music, but I feel great about it.” In the song, the Xscape singer talks about a tumultuous relationship between a man who keeps testing the patience of his female partner. “This song is about a woman [who] loves her man. — But, she also feels like she’s at the edge,” Tiny revealed. “She wants him to know [that] pretty much, ‘I could do other things, but I really f–king love you, so I’m working hard at it.'”

Soon after the song was released, critics and fans began to pick apart the lyrics. Tiny, who’s known for her lyrical detail, writes all of her own songs and even won a Grammy for her writing contributions on the TLC‘s hit “No Scrubs” in 2000. Fans of the singer were quick to point out that her new track mirrored her real-life relationship with Tip. But, while he clearly inspired her new music, Tiny said that she will be the one to tell her side of things on her own terms. 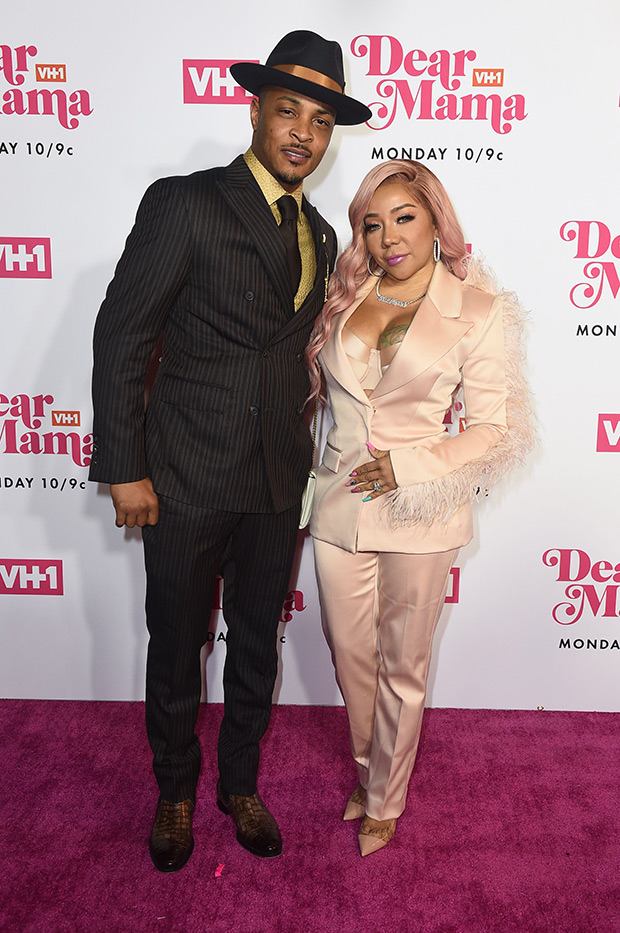 As for where she and Tip stand? — “We’re in a great place,” Tiny confirmed, adding that the pair are living under the same roof after taking some time apart. “[It’s] just day by day. Every day is different. Tomorrow I may not like him, and today I love him, so that’s just what we have, but we’re still sticking together. We’re still fighting for it,” she concluded. Fans of the couple will know that Tiny filed for divorce from the rapper in 2016. However, the couple never went through with the divorce, legally. Instead, they ended up working through their differences.

Tiny — who initially rose to fame in the 90s’, as one of four members of the all-girl R&B group, Xscape — rarely releases solo music. She’s previously mentioned that she doesn’t release her own music out of respect for the group, which is why she decided to go public with her alter ego, “Ryder”; A name that initially started in the bedroom with Tip.

“He loves Ryder!” Tiny said when asked about Tip thoughts about her red-haired, edgy persona. But, the rapper doesn’t enjoy sharing Ryder now that Tiny’s exposed her to the world. “I get what he’s saying. I really feel like I should make her someone else and if I do that he’ll forget all about it,” she explained.