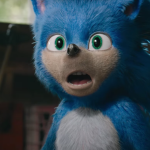 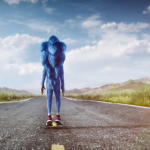 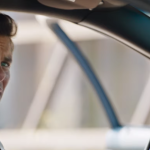 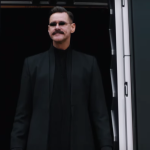 Sonic the Hedgehog is getting the live-action treatment. The new trailer features Jim Carrey in all of his villainous glory as Dr. Ivo ‘Eggman’ Robotnik, who will be going head-to-head with the one and only Sonic.

Jim Carrey returns to the big screen for the first time in 3 years as Dr. Ivo “Eggman” Robotnik in Sonic the Hedgehog. The hilarious actor is perfectly cast as the evil Dr. Robotnik, who is Sonic’s archenemy. Jim gets to be ridiculous and over the top in this role. From his variety of wild mustaches, Jim is havin a lot of fun with this role. Dr. Robotnik will be facing off with Sonic, voiced by Ben Schwartz. He’s going to go to great lengths to get his hands on the blue hedgehog and the ride is going to be wild.

Sonic the Hedgehog is a live-action adventure comedy based on the global blockbuster video game franchise from Sega that centers on the infamously brash bright blue hedgehog. The film follows the (mis)adventures of Sonic as he navigates the complexities of life on Earth with his newfound – human – best friend Tom Wachowski (James Marsden). Sonic and Tom join forces to try and stop the villainous Dr. Robotnik from capturing Sonic and using his immense powers for world domination. The film also stars Tika Sumpter and Adam Pally.

The live-action film is based on the hit video game, which was first released in 1991. This movie is going to give ’90s kids all the the throwback vibes. Fans of the video game were taken off guard at the first glimpse of the live-action Sonic and some didn’t like the hedgehog’s new look. But he’s pretty cute, don’t you think? The movie will race into theaters on November 8, 2019.