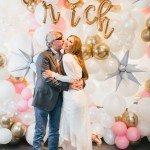 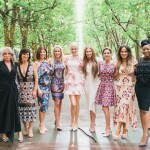 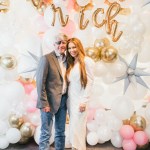 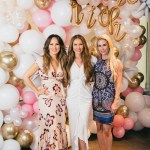 Everything’s bigger in Texas, so it’s no surprise that ‘RHOD’ star LeeAnne Locken’s bridal shower, which was thrown by her co-star, Kameron Westcott, was no different!

The Real Housewives of Dallas star have been busy filming Season 4 for Bravo, which we anticipate will air sometime in 2019 (we can’t wait!), but thankfully, we’re getting a sneak peek of some of the action now! We all know that our favorite carny queen LeeAnne Locken, 51, is set to tie the knot to her longtime love Rich Emberblin, 56, on April 27, so it’s no surprise that LeeAnne’s RHOD co-star and bridesmaid Kameron Westcott, 36, took her duties so seriously that she decided to throw the couple a bridal shower just weeks before their big day! “LeeAnne was extremely busy planning her own wedding so I took the burden off of her and got creative,” Kameron told HollywoodLife EXCLUSIVELY of the small shower, which took place on April 18, at a private residence in Dallas. “She had done other fun ladies parties before this shower so I wanted the opportunity for Rich to also be included. I wanted this shower to be her more ‘traditional’ intimate couples wedding shower.”

We know how seriously those ladies in Dallas take their party planning, and Kameron was no different. The shower, which Kameron described as “Romantic Crystal Garden Glam,” had every detail covered and then some, with LeeAnne in mind! “I chose to do a crystal theme since LeeAnne always shines,” Kameron said. “I wanted this shower to be her more ‘traditional’ intimate couples wedding shower.  I went with the colors gold, silver and white, since gold and silver both are wedding colors. Belle Decor Dallas brought in the most fabulous decor pieces and flowers to pull this shower off! It had to be beautiful crystal candelabras and just the right amount of candlelight and perfect touches of gold (and) beautiful lush florals down the center of the table with just the right amount to being in a hint of garden indoors but still keeping it so romantic and elegant.”

To no surprise, cameras were rolling for the special day, which included fellow cast member Cary Deuber, 42, and her husband, Mark. We’re told Brandi Redmond, 40, and Stephanie Hollman, 38, were also included, however, they had to miss out on the fun due to previous commitments. But where was Andy Cohen, one may ask? “Surely Andy was invited but too busy with his newborn to expect that journey to Dallas,” Kameron shared.

It sounds like this shower was one for the books! We can’t wait to see how beautiful LeeAnn will look on her wedding day.