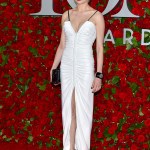 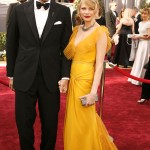 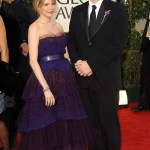 Less than a year after their low-key wedding in summer 2018, Michelle Williams and husband Phil Elverum are separating. The split, described as “amicable,” per The Hollywood Reporter, happened at the beginning of the year. The Fosse/Verdon star, 38, met the Mount Eerie musician, 40, through a mutual friend, and they married not long after in an intimate ceremony in the Adirondacks. Their marriage came 10 years after the death of her longtime partner, Heath Ledger, the father of her 13-year-old daughter, Matilda Ledger. Michelle is very guarded about her private life; she and Phil have yet to make a statement about their separation.

Michelle uncharacteristically opened up about their relationship and confirmed their marriage during a 2018 interview with Vanity Fair, telling the magazine, “Obviously, I’ve never once in my life talked about a relationship, but Phil isn’t anyone else. And that’s worth something. Ultimately the way he loves me is the way I want to live my life on the whole. I work to be free inside of the moment. I parent to let Matilda feel free to be herself, and I am finally loved by someone who makes me feel free.” She also spoke about her love for Heath, who tragically committed suicide in 2008. “I never gave up on love,” she said during the interview. “I always say to Matilda, ‘Your dad loved me before anybody thought I was talented, or pretty, or had nice clothes.”

Heath’s family was fully supportive of Michelle and congratulated her after the wedding. “We are terribly happy, it is great,” Heath’s father, Kim Ledger, told The Sydney Morning Herald. “She’s very private and I don’t really like to make too many comments about her, but we are very happy [for her].”