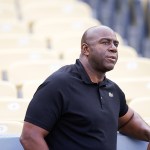 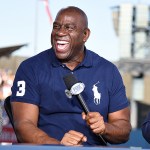 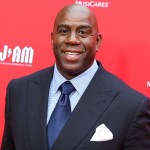 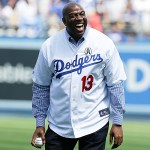 Magic Johnson had a ‘legacy’ to look out for, and not just a desire to return to his ‘beautiful life,’ when he decided to step down as the Los Angeles Lakers’ president. Here’s how this will affect LeBron James’ career.

The Los Angeles Lakers‘ wins to losses ratio for the 2018-2019 NBA season was 37-45 and the team’s former president of basketball operations, Magic Johnson, couldn’t ignore the numbers. “Magic was not having any fun in his role with the team because the Lakers were not winning and weren’t going to be good anytime soon,” a source close to Magic, 59, EXCLUSIVELY tells HollywoodLife. The Lakers haven’t come out with more wins than losses since the 2012-2013 season, and so our source continues, “Magic is only familiar with winning. It was a really rough year where things didn’t work out so much in so many ways, that he just wanted to get away and have fun again.”

“[Magic] has so many things on his plate that leaving the Lakers was an easy decision for Magic,” our source continues. “Though it upset a lot of people, he feels that it was the right decision. He wants to be the Magic [that] Lakers fans remember from the ‘Showtime Era.’ And he didn’t want to taint his legacy with the team being so bad because the blame would all fall on him, so leaving now was what needed to happen in his eyes.” Magic’s legacy includes winning the NBA’s MVP award three times during his 13 years playing as a point guard for the Lakers.

Naturally, all eyes turned to LeBron James, 34, after Magic stepped down as the Lakers’ president on April 9. Magic was the one who signed the NBA legend onto the Lakers in 2018, and we’ve learned if LeBron — who had a winning streak with the Cleveland Cavaliers from 2014 to 2018 — “pushed” Magic out of his leadership role. “Absolutely not! LeBron didn’t have any clue that Magic was making this decision,” a source close to LeBron EXCLUSIVELY tells HollywoodLife. Our source even notes that their relationship was “pretty great” and they “were both in the mindset that they wanted the Lakers to be better and were working on getting there,” so LeBron can’t help but feel a little abandoned, according to the second source.

BREAKING: Magic Johnson has stepped down as Lakers' President of Basketball Operations. pic.twitter.com/yrHkguOO02

“LeBron respects Magic but he was blindsided by his quitting and is upset that Magic took this way to leave and put it on LeBron’s shoulders to worry about this off-season. He will forgive Magic in a short time from now, but saying that he had any connection to push him out is as far from the truth as possible,” the insider says, and further explains, “LeBron is upset that Magic quit because this summer for the Lakers is going to be very interesting and very trying. The team might have to look for a new coach along with replacing Magic’s job as president of basketball operations. Plus they will be bringing in many new players, so next season is going to have lots of changes. So that will be a worry but there was no bad blood.”

But could Magic’s resignation result in a promotion for LeBron — specifically, as both general manager and player? “There has been zero talk with the team and LeBron about this happening,” a  source close to the Lakers and LeBron EXCLUSIVELY tells HollywoodLife. “LeBron would be interested in owning a team after he retires, but as his career continues in the NBA, he will only be a player and that is what the Lakers want as well.”