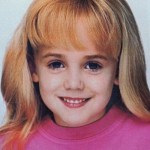 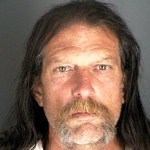 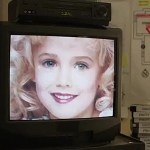 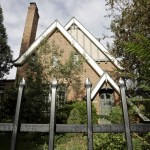 The premiere of ‘Hunting JonBenet’s Killer: The Untold Story’ aired on April 11, and the new A&E series revealed what JonBenet Ramsey could’ve possibly looked like 22 years after her tragic murder using age-progression imagery.

John Ramsey, the father of murdered child pageant star JonBenet Ramsey, said he couldn’t imagine his daughter growing old because he still remembers her as his “six-year-old little girl” in the new A&E series, Hunting JonBenet’s Killer: The Untold Story, which aired on April 11. But the new investigative docuseries allowed viewers to imagine what JonBenet would’ve looked like in 2019, if her life hadn’t been cruelly taken away in Dec. 1996. Thanks to age-progression imagery, which is software that was first developed by University of Washington researches, the premiere episode showed a photo of JonBenet as a young 28-year-old woman — you can watch the clip below.

The premiere of the docuseries also revealed never-before-seen photos of JonBenet, which included the last photo taken of the pageant star. It was from Christmas Eve of 1996, right before John would find his daughter murdered in the basement of his Colorado home that he shared with his now deceased wife, Patsy Ramsey, on Dec. 26, 1996. Over two decades after the horrific memory, the father has reached some peace of mind.

“It’s going well,” John said on Thursday night’s episode, adding, “My kids are healthy and grandkids are healthy so you have to look at what’s good in your life and be thankful for it.” In addition to JonBenet, the businessman has three older children: John Andrew, 43, Melinda, 47, and Burke, 32 (his youngest son just settled a $750 defamation lawsuit against CBS on Jan. 2, after the network’s 2016 docuseries The Case of: JonBenét Ramsey highlighted the speculative theory that JonBenet’s older brother could’ve been the killer).

The latest docuseries about JonBenet’s murder claims to have “new leads” being pursued by journalist Elizabeth Vargas, who believes that two people were responsible for the homicide. Police cleared John and his former wife, Patsy, as suspects in the crime in 2008, and it remains unconfirmed who the real killer, or killers, were.