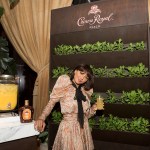 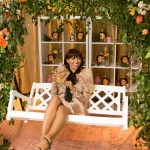 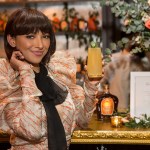 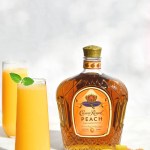 All you ‘Vampire Diaries’ fans hoping for some more Bonnie in the future, Kat Graham revealed she’d ‘never say never’ to a spin-off for our favorite witch!

It’s almost been two years without The Vampire Diaries on air, but it feels like forever ago we said goodbye to our favorite vampires and witches and werwolves. In an exclusive interview with HollywoodLife while promoting the launch of Crown Royal Peach, Kat Graham reflected on her TVD years and revealed she is leaving the door open when it comes to returning to the franchise. “Eight years is such a journey, and I felt like I spent more time as Bonnie in my twenties, the age that you’re really learning who you are and going through self-exploration that we all have as women in our twenties, and I spent more time as this character than myself,” she explained. “I think I did what I could do and expressed what I could personally express through this character as much as I could. I’m never gonna say never because I think the universe has a funny way of putting you exactly where you’re supposed to be with exactly who you’re supposed to be with. But, I think right now I’m having a good time getting to know myself better.”

Okay, so it may not happen tomorrow, but we’re keeping our fingers crossed! Kat continued to say that since her TVD days, she has opened herself up to roles that inspire her, and maybe even hit close to home. “I’m looking for female empowerment, because I see what’s happening with social media, I see what my fans are writing me about, I think that being a biracial woman in an industry that constantly is trying to peg you as one or the other, there’s certain things that I look for in a character,” Kat continued. “I like to play against any sort of tokenism, I want to play underdogs, but I’ve also stayed away from things that felt a little too close to home.” Kat, who is biracial and Jewish, revealed that she purposely avoided storylines that dealt with the Holocaust and slavery, in particular, but she’s now empowering herself to take on those roles. “I’m finding ways to face my fears with the roles that I’m taking and face the parts of my history and my family history that wouldn’t be necessarily something that I was maybe prepared to do in my early twenties,” she said.

Kat has several projects in the works, like the Shields Green biopic Emperor, in which she plays a house slave. The Atlanta-based actress will also be seen alongside John Travolta and Morgan Freeman in the upcoming The Poison Rose, and who can forget about Ninja Turtles?! “It’s a long list, I’m very blessed, I’m very happy,” she added, sipping her favorite Crown Royal Peach cocktail, the Royal Peach Fizz, which may or may not now be named after the actress.

Kat was ready for spring at the launch of Crown Royal Peach, where she swung on the vine-decorated swing in the posh NoMo Kitchen at the NoMo Soho Hotel in NYC! Make sure to check out the pics in our gallery!