It was mom duty for Jennifer Garner on March 25! The actress was photographed picking up her kids, Seraphina, 10, and Samuel, 7, from school. For the outing, she was joined by her teenage daughter, Violet, 13, who’s looking more and more like her mom each day. Violet is already super tall, and she towered over her younger siblings as the family headed to their car. She’s almost as tall as Jennifer! The actress and her 13-year-old daughter both wore sunglasses for the outing, and they looked so much alike. Of course, Violet has a little of dad, Ben Affleck, in her, too, but for the most part, she’s all Jen!

Ben and Jen ended their relationship after ten years in 2015, but have maintained a super amicable co-parenting relationship in the years since. In fact, Jennifer was at the forefront of helping Ben get help for his alcohol addiction in Aug. 2018. She even drove him to rehab! Ben and Jen both spend a lot of time with their three children, and it’s not unlikely for them to hang out together with the kids, as well. In fact, just days ago, they were photographed out and about with huge smiles on their faces while leaving a meeting together. It’s the perfect case of friendly exes!

Of course, that doesn’t mean these two haven’t moved on romantically. Ben dated Lindsay Shookus for about a year in 2017/2018, but they split before he entered rehab. However, in early 2019, they reunited, and have once again been spending quite a significant amount of time together. 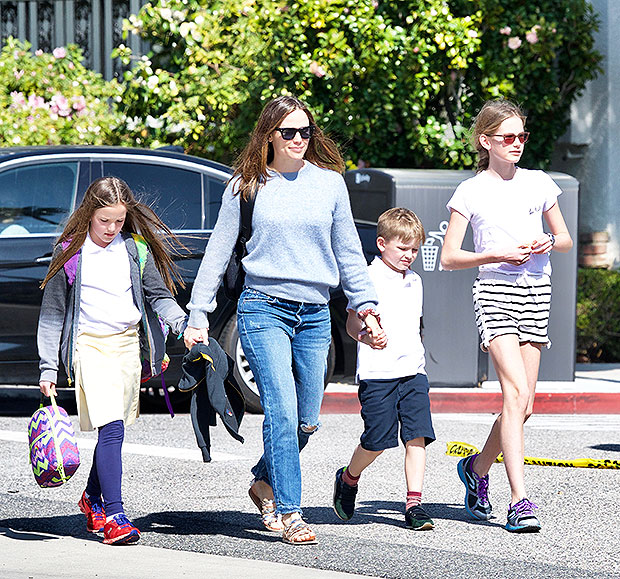 Meanwhile, Jen has been dating businessman, John Miller. The two were first linked after her divorce from Ben was finalized in 2018. They’ve been photographed together quite a few times since, although their relationship is a bit more private than Ben and Lindsay’s.