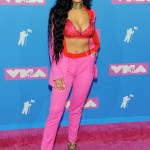 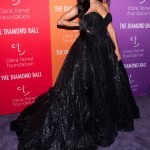 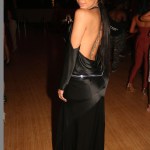 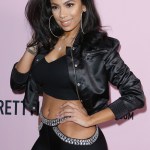 ‘Love & Hip Hop’ star Erica Mena broke her silence on the shocking death of her ex and the close friend of NBA stars, Cliff Dixon. Here’s how Erica has been handling the loss outside of social media.

Love & Hip Hop: New York star Erica Mena, 31, shared heartbreaking words on the same day her ex-boyfriend, Cliff Dixon, was shot multiple times in the parking lot of the SL Lounge in Atlanta around 1 a.m. on March 21, which the Chamblee Police Department in Georgia confirmed in a press release. Cliff, who also rapped under the pseudonym Lavish, was hosting a celebration for his 32nd birthday at the club. Erica shared a childhood photo of Cliff and wrote on her Instagram Story, “We all deal with so much. You dealt with a lot. I’m so sorry this happened, you didn’t deserve this.” She then referred to the family he left behind: “Rest in forever peace. Watch over your blood sisters, brothers, nieces, nephews and your mommy. I know they are so broken now.”

Erica, who dated Cliff on and off again for roughly 10 months until splitting in late 2018, continued to mourn her loss in follow-up posts. “Please love me while I’m still here,” she wrote in another IG Story update, and then posted again, “Nothing is promise..appreciate life.” Upon first hearing the tragic news, the VH1 star was in utter disbelief. “Erica can’t believe this has happened. Cliffrod was only 32 years old, way too young to die,” a L&HH source EXCLUSIVELY told HollywoodLife. Just a day prior to his death, Erica’s ex excitedly advertised his birthday celebration to Instagram. Our source continued, “[Erica]’s been rocked by the news of his murder, it’s just so sad and shocking. Erica’s heartbroken for his family. She knows how close he was to his mom and his whole family, how they depended on him and how devastated they’re going to be.”

Cliff had an extended family as well, as Golden States Warrior player Kevin Durant considered Cliff his “adopted brother” according to multiple reports. Cliff, who was a basketball player himself at Western Kentucky University, was also close friends with Oklahoma City Thunder player Russell Westbrook. Cliff will be missed by many, as our source adds, “Erica’s in Jamaica right now with Safaree [Samuels] but she’s been in touch with friends back home, everyone’s reeling from this news at the moment.” Safaree, the rapper and Nicki Minaj’s ex, is Erica’s fiancé.

Authorities are still investigating what exactly transpired when a gunman killed Cliff outside SL Lounge. Chamblee PD provided the following official press release to HollywoodLife: “The Chamblee Police Department is investigating a homicide that occurred this morning at 0117 a.m. at the SL Lounge at 4186 Buford Hwy. The victim, 32 year-old Clifford Dixon, had just arrived at the location and was standing in the parking lot when the offender shot him multiple times. First responders administered aid, and the victim was transported to Grady Hospital where medical staff advised that he had succumbed to his injuries.” It’s unclear if this was a targeted death.