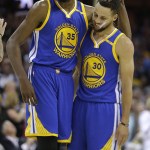 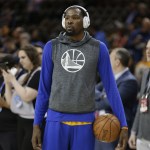 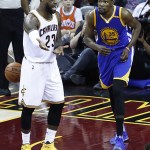 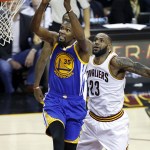 Kevin Durant is ‘devastated’ and ‘heartbroken’ over the death of his close friend, Cliff Dixon, who was shot and killed in Atlanta on March 21. The news broke just hours before the NBA star is expected to play at home in Oakland, CA.

Kevin Durant, 30, is heartbroken over the shooting death of his close friend, Cliff Dixon, who was killed outside of SL Lounge in Atlanta on March 21. Durant and Dixon had known each other since they were teenagers, with multiple reports claiming the NBA star referred to Dixon as his “adopted brother.” A source close to Durant admits that he’s still trying to process the shocking news.

“Kevin is devastated over the news of the loss of his friend,” the source tells HollywoodLife EXCLUSIVELY. “It has made him realize what really matters in life and that is his friends and family. Kevin is going to hold himself up in a different way from this point on because this really gutted him. It’s going to take a while to deal with all the emotions from it.”

Durant has a game tonight, March 21, at home in Oakland, when the Golden State Warriors take on the Indiana Pacers at 10:30 PM ET. “He’s been told by [Coach] Steve Kerr and Warriors officials that if he doesn’t want to play tonight, he doesn’t have to,” the insider says. However, Durant rarely sits out, with out source adding, “The likelihood of him not playing is almost non-existent.”

“Though Cliff will be on KD’s mind tonight and for the rest of the season it’s more than just dedicating the rest of the season or tonights game in Cliff’s honor. He is going to have Cliff on his mind and forever. It’s just as heartbreaking as one could possibly imagine. It goes much further than basketball.” And, indeed it does.

Dixon was taken in by Durant’s mother, Wanda Pratt, when he was 16-years-old,” according to The Oklahoman. Dixon was one of the friends Durant acknowledged during his heartfelt speech when he was named the NBA’s Most Valuable Player during the 2013-2014 season.

“You keep me every day. There are days I come home upset after a game or a practice and you just brighten my day up,” Durant said during his speech. “I thank you guys. I wouldn’t be be here without you guys. This is our trophy, too.” At 6’9”, Dixon was also a basketball player. He played at Western Kentucky University in 2010-2011, and he played overseas.

As previously reported, Dixon was shot multiple times while outside of SL Lounge in Atlanta on Thursday morning, an official press release from the Chamblee Police Department in Georgia stated. Dixon was celebrating his 32nd birthday at the venue — a party that was publicly advertised on social media, leading up to it.

Dixon was rushed to Grady Memorial Hospital where he was pronounced dead. Chamblee PD told us: “We are in the early stages of the investigation and will provide more when available.” Our thoughts are with Cliff Dixon’s family and friends during this difficult time.