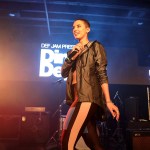 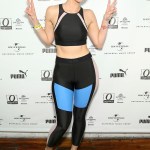 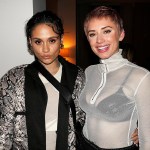 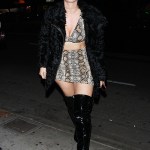 The internet is in an uproar after YesJulz dissed both Karen Civil & Scottie Beam, and even more so now that she’s being defended by Daniel Caesar. Here’s what you should know about the internet personality.

Julieanna Goddard AKA “YesJulz” is known for her online social media presence, but it’s a new interview that has everyone taking notice of the media personality. YesJulz is being slammed by fans after dissing highly-respected media personalities Scottie Beam and Karen Civil, both black women working in the hip-hop industry. YesJulz has been known to make racially insensitive comments in the past, and given that she’s a white woman, the internet is not happy about the “racist” remarks. However, she has one fan on her side, none other than musician Daniel Caesar. The Canadian singer added more fuel to the fire when he backed Julz up on her comments. As the internet continues to be in an uproar over remarks from both stars, here’s what you should know about YesJulz.

YesJulz has a bustling social media following including more than half a million followers on Instagram, but she’s also an “entrepreneur, global influencer, talent manager, philanthropist, and social media powerhouse,” according to her bio.

2. She’s the CEO of 1AM Entertainment. The company was founded in 2016 by Julieanna herself. It is described as an “entertainment company created to bring a memorable, authentic atmosphere to every city unapologetically.” It is an all female company.

3. Julieanna has a Bachelor of Arts/Science under her belt. She graduated from the University of South Florida with a degree in broadcast journalism, according to her LinkedIn page.

5. She’s got a mantra: “NEVER NOT WORKING,” Julz said is the key to her success. The social media star has worked with a wide array of brands such as Beats by Dre and Red Bull, but cites a 2014 Sprite Remix Party for Lebron James in Miami as her big break.