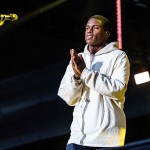 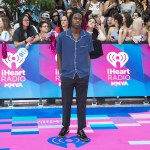 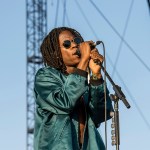 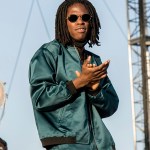 Fans are LIVID at Daniel Caesar after he shared his controversial opinion about black people, while defending YesJulz for her view, which many have deemed ‘racist.’

Daniel Caesar is getting dragged on Twitter after going off in an Instagram Live video on March 19. The 23-year-old started his video to defend YesJulz, an online personality who was recently slammed for dissing Scottie Beam and Karen Civil, two black women working in the hip-hop industry. YesJulz has been known to make racially insensitive comments in the past, and people were not happy that she name-dropped these women in a recent interview, but Daniel clearly did not take issue with it, and used it as a jumping off-point for his rant about how ‘sensitive’ he thinks black people are.

“Why are we being so meant to Julz?” he asked in the live video. “Why are we being so mean to white people right now? It’s a serious question. Why is that we’re allowed to be disrespectful and rude to everybody else, and when anybody returns that energy to us…..I don’t want to be treated like I can’t take a joke!” People immediately began flooding the comments section of his Instagram Live with reasons why they didn’t agree with his opinion, to which he responded, “White people have been mean to us in the past, yeah, but what are you going to do about it? Tell me what you’re going to do about that? There’s no answer, other than creating and understanding and keeping it moving. You have to bridge that gap.” He also admitted to being “f***ing drunk” while filming the video.

Daniel clarified that he thinks it’s okay to feel “offended” by certain comments, but doesn’t think it’s right to tell someone not to share their opinion just because it might offend someone else. “Are we winning right now in the culture? Are we don top of society? We’re not. You can’t win the game by choosing to not accept the winning team’s strategy,” he said. “You have to acknowledge the strategy and build a strategy on top of that.”

You know how racists be like “I’m not racist. I have a black friend.”

Daniel Caesar is that friend.

Me to Daniel Caesar, after playing Freudian over and over: pic.twitter.com/RyWkZd7vW2

He went onto further urge black people to stop “being a victim” because that “doesn’t get you paid.” He also told fans that he does NOT care if they “cancel” him for sharing this controversial opinion. “I’mma say whatI say because I’ve said what I said before and y’all tried to cancel me, and I apologized like a b**** and I don’t believe in that s***,” he ranted. “I think you guys are wrong and I think I’m right. You can cancel me. I’m making music right now and you guys don’t have to listen to it.”

Daniel quickly started trending on Twitter after he posted the Instagram Live, and the reaction was not good. “Worrying about white folks precious sensibilities in this political climate especially as a Black person is such a self defeating and boringly banal position, they don’t need your defense they are always protected, always,” someone wrote. “Folks like Daniel Caesar need a nap and a history lesson.” Someone else added, “Daniel Caesar really just asked by black people being mean to white people? Lmaooo he needs to seek help immediately,” while another Twitter user wrote, “Daniel Caesar should’ve just sat this one out because no….”

Daniel said in his rant that he will not apologize for what he said, but we’ll see how this plays out when he wakes up to the backlash today.