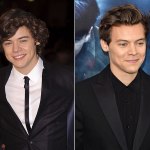 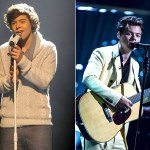 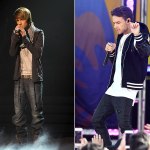 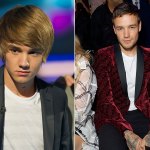 ‘Hurt feelings’ are in the way of One Direction looking at a reunion in the near future, whether that be ‘new music’ or a ‘tour.’ The priority is now on solo careers, but some of Zayn Malik’s lyrics ‘offended’ his former band mates.

One Direction may not have as happy a fate as the Jonas Brothers, at least for now. As Zayn Malik, 26, continues to remain distant from former 1D bandmates Harry Styles, 25, Louis Tomlinson, 27, Niall Horan, 25, and Liam Payne, 25, “the guys are not talking about getting the band back together, and so there will be no One Direction reunion any time soon,” a source close to the band EXCLUSIVELY tells HollywoodLife. “Harry, Louis, Zayn and the other guys are all working on their own things with no time set aside to get back together right now,” our source explains, but solo records aren’t the only reason One Direction isn’t looking to reunite for its first performance since Dec. 2015.
“Plus, there is still some bad blood between some of the guys which, until those emotions are resolved, the hurt feelings will stand in the way of doing a tour, new music or any work together,” our source reveals, explaining that “the guys were offended by some of the lyrics in some of Zayn’s solo work.” Zayn’s single off Icarus Falls, “Good Years,” made fans speculate it was a diss track about Zayn’s time with One Direction with lyrics like, “I close my eyes and see a crowd of a thousand tears” and “I pray to God I didn’t waste all my good years.” On the same day the song dropped (Dec. 6, 2018), Louis had tweeted, “I’m proper confused. What a hypocrite!” Fans wondered if it was an aggressive subtweet aimed at Zayn, given the timing. Our source also touches on the rocky relationship between the two bandmates, given Louis’ recent comments.
“And then when he did no show up for Louis when he lost his mom, that also sent a big message to the rest of the guys who were present for Louis about how Zayn feels about them all,” our source continues. Three days after Louis’ mom passed away from leukemia in Dec. 2016, the singer debuted his and Steve Aoki’s new song “Just Hold On” at the X Factor, where 1D originated. But Zayn was the only member of the band who didn’t show face. “All the boys had agreed to come to that performance, and he didn’t show so that really bugged me,” Louis admitted on The Dan Wootton Interview on March 8.
“There is a definite divide between Zayn and the other guys, and until they can sit down, talk about things and sort out their differences, they simply will not be friendly at all,” our source says. This “divide” has been apparent — Niall admitted that Zayn was difficult to keep in touch with in 2017. Likewise, Zayn has admitted he hasn’t stayed in much contact with 1D in more than one interview. And when #OneDirectionBestFans started trending worldwide on Twitter in March 2018, Liam tweeted the happy news to Niall, Harry and Louis — leaving Zayn out. The “Pillow Talk” singer left the band in March 2015, and the other four members announced they’re going on hiatus in August of that same year.