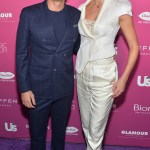 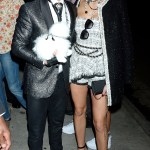 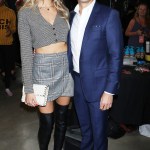 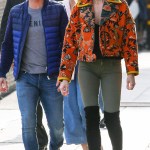 Ryan Seacrest is back in the bachelor’s seat! The host, 44, and girlfriend, Shayna Taylor, 26, have split, according to a new report on February 27! The couple dated for nearly 3 years. What happened? …

Ryan Seacrest is back on the market! The Live With Kelly & Ryan host, 44, and Shayna Taylor, 26, a chef, have split, a source confirms to People on February 27. “It was an amicable split and they’re still really close,” the source says. However,  there is reportedly no bad blood between the pair. “They still love and care about each other,” the insider adds.

Seacrest and Taylor met in 2013 through mutual friends, and began dating shortly after that. The two went through a brief breakup in 2014, before they reconciled. In 2017, when Seacrest accepted the co-chair hosting gig with Live, which is filmed in New York City, Taylor moved from Los Angeles to the Big Apple with him. “We’re very in sync,” Seacrest told the site in November. He admitted that their west to east coast move was an “adventure” they’d both embraced at the time.

During a kitchen tour of their New York City home, the wellness fanatics explained that one of their favorite things to do was cook a good, healthy meal while listening to spa music at home. Other activities they enjoyed together included, fitness, tango lessons, boxing and yoga, according to People.

When asked about their future plans during an interview last fall, Seacrest played coy and admitted that he and Taylor preferred to live in the moment.

“Family is so important to me, and to Shayna as well, but I’ve always tried to put life into a master schedule with deadlines, and I don’t want to do that [with Shayna],” Seacrest told the site. “We both try to actually be in this moment, feel this connection, enjoy it and let it grow.”

HollywoodLife has reached out to a representative for Ryan Seacrest and did not receive an immediate response. Both Seacrest and Taylor have not yet confirmed or addressed the breakup report. This story is still developing…