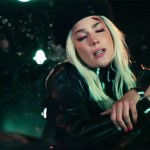 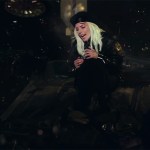 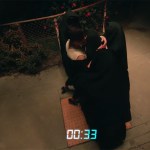 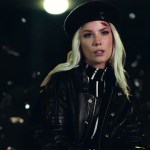 Not only are Halsey & rocker Yungblud dating, but they make a perfect match in the recording studio as well! After the release of their joint song, ’11 Minutes,’ they dropped a steamy video for the track!

Those who just can’t get enough of Halsey’s whirlwind romance with Yungblud are in luck — the two dropped a five-minute music video on Feb. 21, and it’s chock full of romantic scenes from the gorgeous couple! The two musicians were first seen canoodling in November of 2018, but fans got a front row seat to their romance thanks to the new video.. The clip’s plot line, which is broken up into chapters, follows a chaotic relationship through some seriously trying times. The sweeter moments of the video include Halsey and Yungblud cuddling up in bed and stealing kisses from one another — and, considering they’re dating IRL, these two aren’t doing any acting!

Fans are already loving the new video, and can’t seem to get enough of the on-screen romance from the IRL couple. “OMG 11 Minutes Music Video actually nearly made me cry, There was so much passion and emotion in the story,” one fan wrote in a tweet. “JUST WATCHED 11 MINUTES AND MAY I SAY I AM LIVING FOR THIS VIDEO,” another wrote. Meanwhile, Halsey was just as excited about the video as her fans! “This music video is so f**king cool,” she said on Twitter. “I can’t wait for you all to see it. F**king so sick.”

Yungblud recently explained that the new track is about the perils of modern love. “The song tells the story of a perfect tragedy that reflects modern love within our society. We are so distracted and focused on what’s next, we can fail to see what is actually in front of us,” he said in a statement, according to iHeartRadio. “We don’t realize how much we need something until it’s taken away from us.” True that! Watch the rocker and Halsey put on a romantic display in the video above!

Halsey and her man were first linked at the end of November, when they were photographed out and about together in LA. Since – they have solidified their relationship a number of times, even on social media! In early December, Halsey shared an adorable photo of herself and Yungblud together on Instagram. In the pic, their faces were clearly visible, and she even tagged him in the caption! Next to his name, the 24-year-old also added a series of heart emojis. As this romance lives on, here’s to hoping we see even more collaborations from the pair!