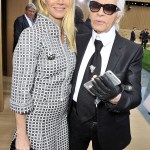 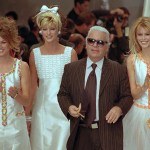 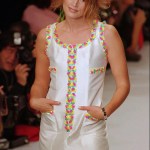 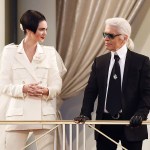 Kristen Stewart, the long-time muse of famed fashion designer Karl Lagerfeld, was spotted out in Los Angeles on Feb. 18. One day later, news broke that her friend had passed away.

Kristen Stewart, 28, hit the sunny streets of Los Angeles on Feb. 18, and was all smiles with a gal pal right by her side. The actress had her athletic outfit down pat as she hit the streets, and kept it super casual in a sheer white top that revealed her black bra underneath. She added a pair of skintight leggings and white tennis sneakers to her ensemble, and the Los Angeles native looked right at home in her low-key look!

However, things took a more somber turn for the star when one day later, on Feb. 19, the news of Karl Lagerfeld’s passing broke. The sudden news was undoubtedly heartbreaking for a number of stars, but especially for Kristen, who has been one of Chanel’s brand ambassadors since 2013. Although Kristen doesn’t have social media and we won’t be seeing any in memoriam posts from her, our thoughts go out to her in what is surely a hard time.

Despite the fashion icon’s adversity to athletic wear, Karl was incredibly close with the Twilight actress, dubbing her one of his muses in 2013. Kristen became one of the faces of Chanel that year, and went on to sit front row for a number of his fashion shows. Over the years, she’s served as the campaign face for Spring 2015 handbags and eyewear, Spring 2016 beauty, Pre-Fall 2016 ready-to-wear, Fall 2016 beauty, Chanel Rouge lipstick, and Spring 2017 beauty. Then, most recently, she was the face of Chanel’s Gabrielle perfume.

While Kristen is social media shy, a number of stars did flood Twitter and Instagram with sweet tributes to Karl. “Nothing feels right today,” Bella Hadid, 22, said on Feb. 19, hours after the news of his passing broke. “My heart is broken,” Lindsay Lohan, 32, wrote on Instagram while sharing a picture of her with the Chanel creative director. “Thank you for everything,” she added. Donatella Versace, a famed fashion designer herself, also shared a sweet message. “Karl your genius touched the lives of so many, especially Gianni and I. We will never forget your incredible talent and endless inspiration. We were always learning from you,” she wrote. We’re keeping everyone in the Chanel family in our thoughts at this time.