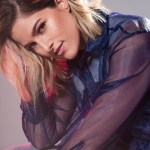 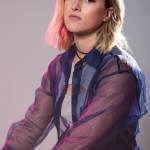 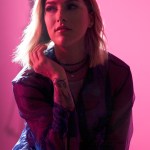 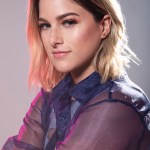 Six years after the release of her first album, Cassadee Pope is back with a new record, ‘Stages,’ and she told us EXCLUSIVELY about how a painful breakup and her new relationship inspired the songs. Plus, much more!

After going through a painful breakup from Rian Dawson in 2017, to beginning a romance with Sam Palladio less than a year later, Cassadee Pope had a lot of material to pull from when putting together her new album, Stages, which was released on Feb. 1. “The inspiration for the record came from a breakup that happened almost two years ago, leaving my record label of five years, and suddenly changing everything in my life, personally and professionally,” Cassadee explained to HollywoodLife EXCLUSIVELY. “It was a really hard moment and a really scary time. I wrote through it, and put together the songs I thought would be good for the story. Then I met somebody new and new things started happening. A lot of self discovery and a lot of therapy and reading books really helped me come into my own. There’s all of that on the record.”

Cassadee explained that the album started “taking on a life of its own” as she was putting it together, which happened when she wasn’t even intending to write a full record. “It’s very weird the way it all came about,” she admitted. “I went in to do just six songs, and was just going to use those to maybe get another deal or something. But the thought of compromising anything or having to include anyone in the process besides my producers and co-writers really freaked me out. So, I just decided to finish the full record!”

This spring, Cassadee will open for Maren Morris on select dates of her GIRL tour, followed by a headlining stint on CMT’s Next Women of Country tour. She’s become part of a generation of female country singers that make a point to support one another, rather than be pitted against each other. “We’re all trying so hard to lift each other up and promote each other and let everyone know we’re not competing with each other.” she said. “We’re all very different, but we don’t want the fans to look at us and think they have to choose one of us to support. We’re trying to support that conversation. Maren is so strong in her stance on equality and women’s rights and empowerment, so to be able to go on tour with her and spread that message, then go on my own all-female tour that I’m headlining and continue that conversation in other places is amazing.”

Cassadee started out in the music industry as the lead singer of the band Hey Monday, but broke out as a solo artist when she won season three of The Voice on Blake Shelton’s team. The two have kept in touch, and Blake even hosted an album release party for Cassadee at his bar in Nashville. “For him to host it was really special and meant a lot to me,” she gushed. “We’re both running around like crazy, so to sit down and just have a coffee is kind of impossible, but he’s shown his support in multiple ways and that was one of them. It was really cool.”