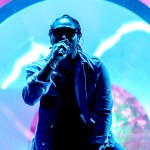 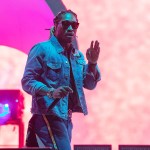 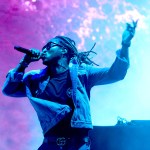 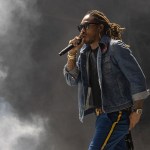 Uh, awkward. Future partied with one of his baby mamas, Brittni Mealy, at a Super Bowl bash after he was ‘linked’ to Lori Harvey. Guess who else was at that party? Lori Harvey!

There are fewer things more complicated than Future’s dating history, and the latest bit of drama happened on Feb. 1 at the Compound Night Club, according to Bossip. Future, 35, was photographed with one of his five baby mamas, Brittni Mealy, at the Official Big Game Takeover Pre-Super Bowl Party. Future and Brittni – the mother of his son, Prince Wilburn – “sat together and vibed in unison all night,” according to Bossip, who has pictures of their night out (CLICK HERE TO SEE.) This happy reunion between Future and Brittni comes on the heels of rumors that he and Lori Harvey, 22, were allegedly in a “love triangle” that also included Trey Songz, 34, and Justin Combs, 25.

If all this is 100, it would make Future and Brittni’s appearance at the Compound Night Club hella awkward, because Justin’s father, Diddy, 49, hosted the aforementioned party. Oh, Lori Harvey was also there, according to Sandra Rose, as she was photographed cuddling Teyana Taylor. So, three-fourths of this alleged “love triangle” was all in one place, along with Future’s on-again/off-again love…that happens to be a mother of one of his kids. There were football plays in Super Bowl 53 that were less convoluted than this!

Lori, the step-daughter of Family Feud host and Miss Universe-meme Steve Harvey, has been “linked” to Travis and Justin and a gossip Twitter account @Gosipoftheciti also claimed she was “involved” with British race car Lewis Hamilton, 34). Future and Justin seemingly fueled these rumors after Lori and Trey were photographed together at a jewelry store in Beverly Hills. “You ducked too late. I see you. I like that, it’s cute,” Future reportedly said in an Instagram Live Session, presumably directing this salt towards Lori and Trey. Justin supposedly mimicked Future in his own Instagram post (the alleged caption is now gone.) It seems Future and Justin got over their hurt feelings, as they appeared to have a good time at the Super Bowl bash.

Future has had five kids with five different women. His most recent child, Hendrix, was born around Christmas 2018. Hendrix’s mother, Joie Chavis, shared pictures of the baby. In addition to Joie and Brittni, Future has a son, Future Zahir Wilburn with Ciara and a daughter with India J.