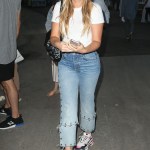 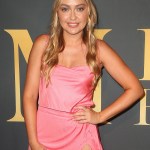 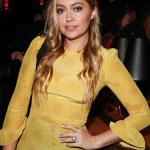 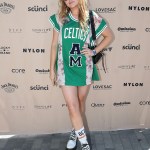 We caught up with Brandi Cyrus EXCLUSIVELY to dish all about her bond with stars from Bachelor nation, and got all the scoop on her rumored romance with Blake Horstmann!

Brandi Cyrus is super tight with a lot of former Bachelor nation stars, and recently, there was even a rumor she was dating Becca Kufrin’s runner-up from The Bachelorette, Blake Horstmann. “It’s so funny!” Brandi told HollywoodLife EXCLUSIVELY at the opening of Margot in Culver City. “He lives in Denver [like me], so he and I are really good friends. I think because he and I started doing everything together — we were going to the gym together and we were going out together — I think everyone assumed that we were together, which is funny. But no, we’re just friends. He’s super sweet.”

Brandi got introduced to the Bachelor nation peeps through Wells Adams, who she knew from “doing radio stuff” before he was ever even on The Bachelorette. “He introduced me to Ben [Higgins], and now that I live in Denver, we hang out and we’re really good friends,” she explained. “You meet one, you know them all! They’re just all such a tight knit group of friends, which I think is really cool — that they bond so much and form these lifelong friendships out of the show.”

Of course, with so many eligible bachelors in her circle, that begs the question…would Brandi ever want one of her Bachelor pals to set her up with another Bachelor nation star? “I don’t think so,” she admitted. “I had a small crush on Wills [Reid], but I kind put it out there, ‘Oh, Wills is cute,’ and we just never got connected. So I was like, ‘eh, it’s alright.'” Going on The Bachelor is pretty much out of the question, too. “I know too much!” Brandi joked. “I heard too many horror stories from behind the scenes. It’s just a lot.”

Yes, Brandi knows all the secrets — including what’s to come on Colton Underwood’s season! “This year, I have to be really careful, because I actually do know Colton pretty well,” she said. “Normally, I don’t know as much as people probably assume. He’s a great dude, so I really want to see this season play out, even though I know what happens. I still want to see how he gets there.”