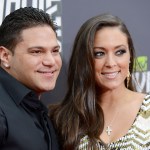 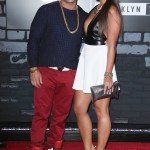 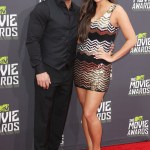 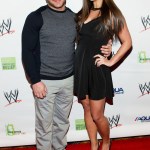 ‘Jersey Shore’ star Ronnie Ortiz-Magro has been having a difficult time watching ex Sammi Giancola romantically move on with boyfriend Christian Biscardi, and his feelings are preventing him from falling in love again.

Ronnie Ortiz-Magro, 33, is having a tough time moving on from ex Sammi Giancola, 31, even though she’s now happily dating Christian Biscardi, and it’s seriously putting a dent in his love life. The Jersey Shore star feels like he’s never been able to love anyone else quite like Sammi, not even Jen Harley, who is the mother of his nine-month-old daughter, Ariana Sky, since their split back in 2014.

“Ronnie still finds it really hard to love like he did Sammi,” a source EXCLUSIVELY told HollywoodLife. “It hurts him every single time to see Sammi post a photo with Christian. He sees how happy Sammi is and he’s tried so hard to love again like that, but he can’t seem to. She’s very happy and feels differently than Ronnie, feeling like Christian really is the love of her life. Ronnie knows this and it hurts. He has tried very hard to find that kind of love again and Jen has been the closest thing to that.”

Sammi’s ability to move on was reflected in her decision to not take part in the Jersey Shore spinoff, Jersey Shore: Family Vacation last year. “Part of moving on from Jersey Shore for Sammi was closing the door with Ronnie for good,” the source continued. “It was a hard decision for her, but she grew up and out of that a few years ago and there’s just no turning back for her. She will always have a special place in her heart for Ronnie, but she is fine not speaking to him.”

Ronnie and Sammi dated from 2004 until 2014 and the ups and downs of their romance was showcased on the original Jersey Shore series.