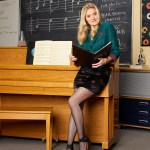 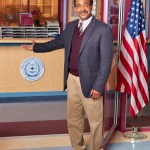 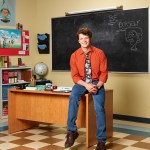 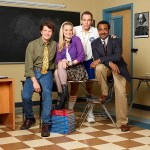 Grab your pencils and your floppy disks, it’s time to go back to school — and the ’90s! HL spoke EXCLUSIVELY with ‘Schooled’ star AJ Michalka all about the highly-anticipated ‘Goldbergs’ spinoff. Watch now!

The Goldbergs universe is expanding! Schooled premieres Jan. 9 at 8:30 p.m. on ABC and will follow new music teacher and WP alum Lainey Lewis as she navigates this next chapter in her life. The Goldbergs is set in the ’80s, but Schooled will be set in the ’90s. HollywoodLife was on the set and talked EXCLUSIVELY with series star AJ Michalka about being at the forefront of this spinoff. “It’s been so fun,” AJ told HollywoodLife. “I mean, you know, I’ve obviously been working as Lainey for the past 6 years on The Goldbergs, and now being able to kind of transition her into the ’90s as a teacher at William Penn is crazy. It kind of centers around me as well as Mellor and Glascott and this new character, Chuck Brown. We’re kind of the hub of the show, and it centers around teachers and kind of honoring them and having fun with going back to our old high school. I’m loving doing this. I love this character. I love these writers, and I really feel at home here. To be able to work on a new show and have the comfortability of continuing a character you’ve already been working on is kind of a perfect world.”

Since this show is set in the ’90s, everyone is wondering just how much this show is going to feature throwback vibes. Well, if you’re a ’90s kid, then you’re going to love what Schooled has to offer. AJ, who is a ’90s girl herself, admitted that she was a huge Britney Spears and NSYNC fan back in the day. “We actually do an ode to She’s All That in one of our episodes,” AJ teased. “There’s so much we throw back to. I would love to get a Lisa Kudrow or an Alicia Silverstone on the show or even like a guest star director like Amy Heckerling, who did Clueless. It would just be really cool to get someone from the ’90s world, but we’re lucky enough to have like Lea Thompson and Jay Chandrasekhar, people who have done nostalgic films that the fans, if they’re looking close enough, will go, ‘Wow, this was directed by Lea.'”

With this being a Goldbergs spinoff, AJ revealed that there will be many characters who will “weave between both shows,” including AJ and Wendi McLendon-Covey. “Beverly Goldberg will make an appearance, and she actually is the one who gets me this [teaching] job,” AJ said. “So I owe everything to Beverly, and she’s actually probably my favorite cameo.”

AJ also admitted that she’s talked to creator Adam F. Goldberg about getting her sister, Aly Michalka, on the show at some point. “I kind of want to bring her in as like a bad cousin or something.” Okay, we’re so totally here for that!