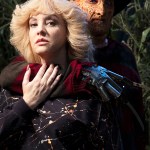 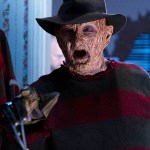 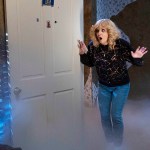 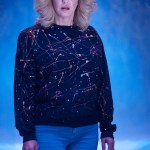 ‘The Goldbergs’ is in the middle of season 6 and still going strong. HL spoke EXCLUSIVELY with Wendi McLendon-Covey about how long she envisions the show going. Plus, details about the Halloween ep!

The Goldbergs is one of the most beloved shows on TV right now and rightfully so. HollywoodLife spoke EXCLUSIVELY with Wendi McLendon-Covey, who plays Goldberg family matriarch Beverly, at the show’s recent Halloween event about what makes The Goldbergs so special and how long she wants to do the show. “This is the best job in the world, no joke,” Wendi told HollywoodLife. “Every day is a pleasure to go on set. I want to do it until all of the stories are told. I know we still have a lot of stories to tell but look, I’d do it for 10 more years if that’s in the cards, but I don’t want to be that selfish!”

The show will be taking on Halloween in the most epic way possible during the Oct. 24 episode. Beverly will be “facing off” with horror icon Freddy Krueger, and the situation teaches her an important lesson about her son’s relationship with Jackie. Robert Englund is guest-starring on The Goldbergs and reprising his role as the legendary horror character. In addition, Erica realizes she’s not as popular as she once was when she starts hanging out at William Penn Academy, even though she’s no longer a student there.
The Goldbergs also stars Patton Oswalt, Sean Giambrone, Troy Gentile, Hayley Orrantia, Sam Lerner, Jeff Garlin, and George Segal. The series airs Wednesdays at 8 p.m. on ABC. The network will be expanding The Goldbergs universe with a ’90s spinoff starring AJ Michalka, a.k.a. Lainey, which will premiere in 2019. The spinoff series, titled Schooled, will also star by Tim Meadows, Bryan Callen, and Brett Dier.