Jenna Compono and Zach Nichols’ relationship hit a rough patch when she found out on TV that he had been cheating on her in 2016, but they eventually got back together and are better than ever these days. “I met him when I just turned 21 on my first season, and he just got out of a relationship,” Jenna explained on Instagram. “When we broke up, we dated other people in between but always found our way back. The difference is, now we realize the other one isn’t going anywhere, we are each other’s person and now we handle certain situations more maturely. Even though we drive each other crazy sometimes at the end of the day we always fight for one another and our relationship.”

When Jenna found out Zach was cheating, she was filming The Challenge: Rivals III. When they were speaking on the phone, he called her “Brooke”…the name of the woman he was seeing behind her back. Obviously, Jenna was completely distraught. However, the two found themselves together again when they were both contestants on the MTV series’ very next season, The Challenge: Invasion of the Champions. Things got a little flirty between them at that point, and afterward, they filmed The Challenge: Champs vs. Stars together in the summer of 2017.

Jenna left that show with a brutal ankle injury, and Zach was by her side taking care of her before she went home. After that, they began seeing each other once again, although they didn’t go Instagram public with their on-again relationship until May 2018. 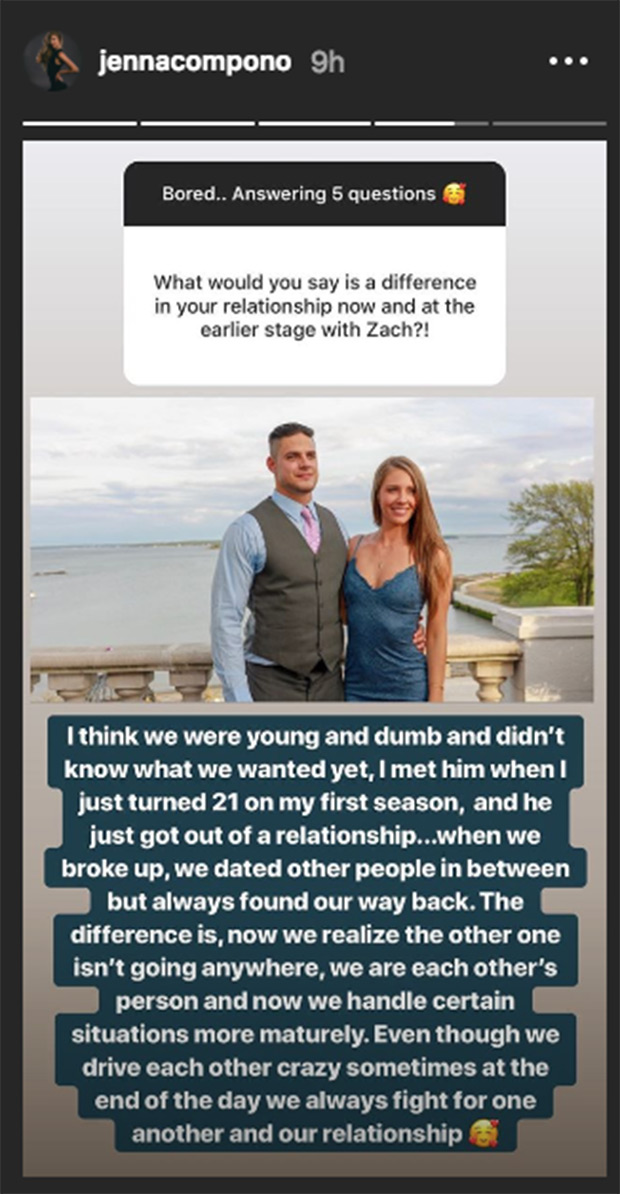 Zach and Jenna were both contestants on The Challenge: Final Reckoning, but she was sent to the Redemption House during the very first episode, and never made it back into the main house, so their time together was cut super short. However, their relationship stayed strong through filming, and remains that way to this day!