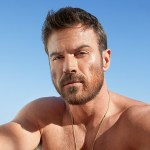 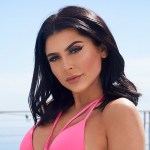 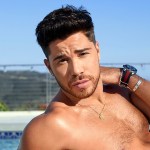 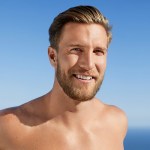 We caught up with ‘Ex on the Beach’ star, Morgan Willett, EXCLUSIVELY about her hookup with Chad Johnson, relationship with Jay Starrett and MUCH more!

Things got steamy between Morgan Willett and Chad Johnson during the Dec. 20 episode of Ex on the Beach, but luckily, her ex, Jay Starrett, arrived just in time to keep things from escalating. “With Chad, he’s the bad boy,” Morgan admitted to HollywoodLife EXCLUSIVELY. “He was making me a little nervous, so I was a bit relieved to see a familiar face [Jay] that I was excited about. Knowing myself, I definitely think I would have pursued Chad [if Jay didn’t know up]. He’s so cliche and a walking stereotype of the type of guy I go for, which is probably why I’m single. So, against my better judgment, I probably would have pursued Chad, but I’m thankful now because I think it would have been a whole complete mess with Nicole [Ramos] and I. I’m so thankful Jay came in that moment because it kind of did save me some drama!”

Unfortunately, things won’t stay drama free for Morgan for the rest of the season! “It was so calm and happy the first episode, so I’m just basking in the bliss of how much fun I was having — because I know tears are coming!” she revealed. “I have the most bipolar experience possible. One minute I’m crying, one minute I’m happy, one minute they’re ruining my life and one minute I’m loving life.” Morgan’s main storyline will be figuring things out with Jay, but things will be turned upside down with other arrivals as the weeks go on.

“With Jay and I, you’ll see a lot of ups and downs,” the Big Brother: Over The Top alum explained. “We are in a constant roller coaster of emotion and drama and tears. It will be interesting to follow our journey. I’m a very flirtatious girl, as I said in the first episode! So that throws a wrench in things for Jay and I, and we have to work through a lot. Skeletons from his closet show up, skeletons from my closet show up, and the whole season is kind of us battling those things and figuring out, not only ourselves, but each other.”

The singles are so over each other and are desperate for fresh meat, @F1abraham wastes no time telling @realChadJohnson how she really feels about him! 😂 #ExOnTheBeach pic.twitter.com/FIUYrHsPXf

Did you leave the show with closure? It’s so funny looking back because I was the girl who was like — Ex on the Beach is a big party, let’s just hang out with a bunch of hot people in Malibu! But I left that house learning much more about myself than I ever thought possible. It was insane. To this day, I’ll say thank you to the Ex on the Beach producers. I learned that I have some issues, and without the show, I don’t think I would have ever figured those out. I learned why I was single going into the house. It will be interesting to follow that journey because I have to deal with a lot of emotions and that was what I was very against going into the house. But I HAVE to deal with them on the show.

We called the house prison because there was no escaping it. You were stuck in prison whether you wanted to deal with everything or not. You’re not going anywhere, so it’s a lot easier to just deal with your emotions, because you can’t run away.

Will people see a different side of you than they did on ‘Big Brother’? There is a completely different side to me! Obviously, I’m still kind of the southern, girl next door, but Big Brother is a different situation. There’s no alcohol on Big Brother, and you’re kind of focused on just winning money, which is so different than involving emotions and love and your exes. I think people will see a more emotional side of me, a crazier side of me. I was kind of the calm, sweet, girl next door on Big Brother, and I like to say I’m a more upgraded, alcohol-infused version of that on this show. But I’m not nervous for people to see it — I’m actually excited because I think you get to see more of my true personality on this one!