The 2018 Kennedy Center Honors went down on Dec. 2, but TV viewers will finally get to watch the event on CBS on Dec. 26. Plenty of stars turns up as national treasure Cher, composer Philip Glass, country music icon Reba McEntire and jazz star Wayne Shorter made up this year’s class along with the co-creators of the Broadway sensation Hamilton including Lin Manuel Miranda. Of course Cher, 72, always turns it up with fashion wherever she goes and the KCH was no exception, rocking the Washington D.C. red carpet in a long black dress with the rainbow colored award sash around her neck.

Actress Amanda Seyfried looked classic and stunning in a little black dress by Givenchy with a white stripe along the hemline. Singer Kelly Clarkson — there to support stepmom and BFF Reba — also went with the same color combo, wearing a black tuxedo gown with a white tailored shirt underneath. The annual awards are handed out to honorees recognized for contributions to the  performing arts and the effect they had on American culture. This is the ceremony’s 40th year.

Host Gloria Estefan — who herself was a 2017 KCH recipient — told CBS News before the ceremony  “Having been there last year, I know how emotional they’re going to get. I know how beautiful the ceremony is. I know what a great show it’s going to be and for me, it’s lovely to be hosting. I’m enjoying every minute,” the singer said. 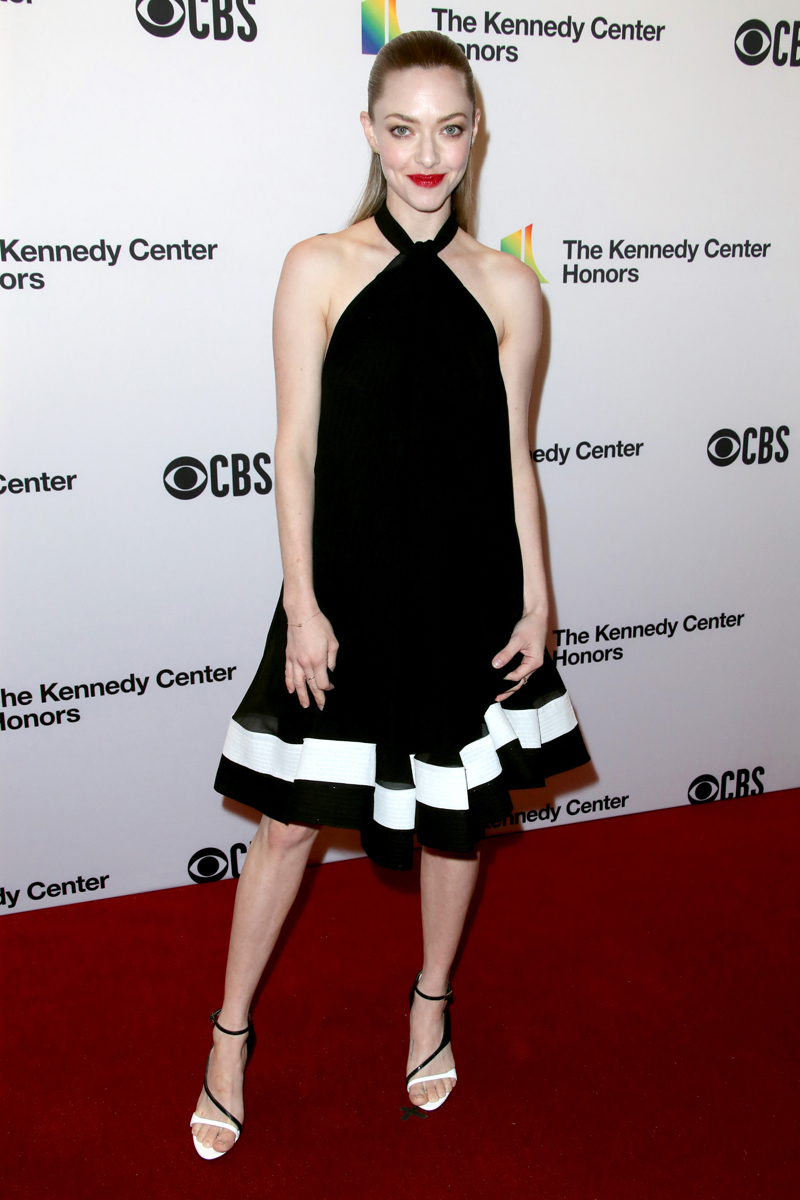 Cher told the network about how she transforms into a different version of herself when performing, turning from shy to outgoing. “When I’m working, I’m a different person. I don’t like going up to strangers. I don’t like going into restaurants, but when I’m working I’m just another person. I’m this person who gets to be free. Cher on stage has no boundaries. When I go on stage, I have to go from my height to like, 15 feet tall.” Check out our gallery of all of the attendees by clicking here.