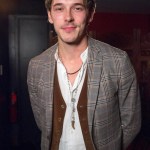 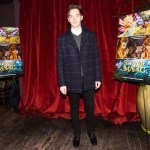 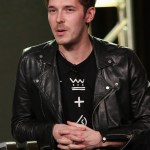 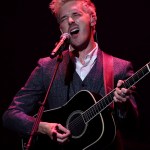 Sam Palladio is bringing the holiday spirit in his new song ‘Bring The Snow!’ He talks to HL, exclusively, about the song & what we can expect to hear from him in 2019!

If you’re not in the holiday spirit yet, Nashville‘s Sam Palladio will get you there with his catchy Christmas jam, “Bring The Snow.” Recorded specially for his new Netflix film The Princess Switch with Vanessa Hudgens, the holiday song is actually the first Sam has produced on his own! “It was really liberating taking the reins producing this song,” Sam explained in an EXCLUSIVE interview with HollywoodLife.com. “I’ve been used to working with some fantastic music producers over the years whilst filming Nashville (T Bone Burnett, Buddy Miller, Tim Lauer), but it was great fun being able to call the shots and put together some of my favourite musicians for this project and see my ideas come to life.” On a short time frame, Sam enlisted his friend Trent Dabbs to help write the festive and merry lyrics.

“One lyric in particular, ‘Happy holidays baby, I got you a puppy with a bow’ was inspired by my dog River,” Sam revealed. “He was in the studio when I was writing the song, and to me it symbolizes love, affection and happiness.” He quickly added, “Not that I condone buying a puppy as a present for Christmas, because we all know they’re so much more than that!” Sam described “Bring The Snow” as a message to “enjoy some quiet time with the one you love. To find those simple moments that we all want on a cold Christmas night.” Now, that’s romantic.

Speaking of romance, we all know and love Sam from his days as Gunnar Scott on Nashville, but now that it’s no longer on the air, he revealed we’ll be getting new music from Sam, as himself, not Sam as Gunnar! “I’m kicking off 2019 with a show at the Roundhouse in London on Jan. 28, and it’s a great way to start the year and introduce my new music,” Sam said. He also said he was absolutely open to collaborating with his former co-stars, like Nashville-based Lennon Stella, who just released her EP Love, me. “She’s so talented,” Sam complimented. “From such a young age on set, she and Maisy (Stella) were just filled with talent! I love what she’s doing.” We can expect Sam to stick to his Country/Americana roots when it comes to new music in 2019, and who knows, maybe he’ll release a Christmas album? You can download “Bring The Snow” here, and listen during your holiday celebrations!