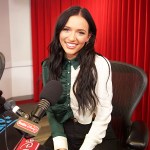 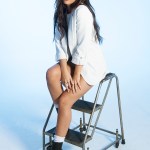 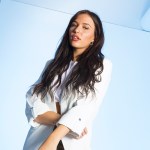 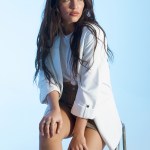 Lennon Stella is like you’ve never seen her before in her new music video for her single ‘Bad.’ She spoke to HL about her inspiration for the vid & what she’s working on post-‘Nashville.’

Say bye, bye to Maddie Jaymes, and hello to the real, authentic, and vulnerable Lennon Stella, who, since the final season of Nasvhille has been embracing her newfound independence and finding herself as an artist. Just today she debuted her music video for “Bad” and proves what an absolute badass she is! “I feel like the whole video has a cool, ethereal, dreamy feeling to it, and I’ve always been moved by different colors and there’s so many things I’ve pinned on Pinterest that I am obsessed with!” Lennon told HollywoodLife.com of her new video in an EXCLUSIVE interview. “What Blythe, the director, created was everything I could have ever dreamed of! It came out exactly how I had hoped it would, and it kind of has a retro, ’70s feel to it, which I love.”

This is Lennon’s second solo release since she said goodbye to Nashville after six seasons on July 26, 2018. “Maddie was a massive part of me,” Lennon explained. “But, I also feel like it ended at a point when it was the most perfect. We all just ended on such a high note and it felt like the universe aligned the exact time for it to work out perfectly for everyone in the cast.” As she gets further away from her television character and begins to define her solo career, Lennon looks forward to being vulnerable and open with her incredible fans. “It’s such an amazing feeling to through something and then genuinely writing it out,” she said of her emotional releases we can look forward to hearing. “It feels so amazing and having this product that you’re proud of, and then for people to resonate with the words and feelings, is so incredible.”

Her first single post-Nashville was an acoustic performance of her self-written song, “Like Everybody Else,” which quickly garnered over 300,000 views in just the last four weeks. With “Bad,” we see the sultry side of Lennon, which further proves what a dynamic artist she is, and what an amazing career she has ahead. Be sure to check out Lennon’s new music video for “Bad!”