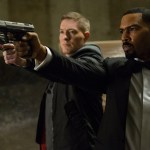 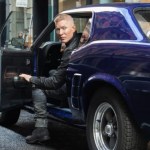 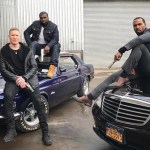 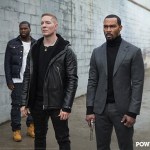 The death of Pedro Jimenez has rocked the cast and crew of Starz’s Power. After he was killed on set of the show on December 10, production was shut down temporarily. While we wait for more details, here’s 5 facts about Pedro Jimenez.

The alleged accidental death of crew member, Pedro Jimenez, 63, has rocked the Power family. It was just another work day for the cast and crew, as the show’s star Omari Hardwick said, until they discovered the tragic news. While all of the details surrounding his death have yet to be revealed, here’s five facts about Jimenez. There are no photos of Jimenez available at this time. Our thoughts are with his friends and family during this difficult time.

1. Pedro Jimenez was a production assistant. — At the time of his death, he was working on Power‘s Brooklyn, New York set. Jimenez was fatally struck by a vehicle in the early hours of the morning, while setting up parking cones for a shoot in the area, according to reports. He was 63.

2. Have there been any arrests made? — NYPD is still investigating the incident, and no arrests have been made as of yet. However, officials have spoken to the driver of the vehicle, which Deadline reports is a 2006 Ford Explorer. The driver, who has not yet been identified, was also a member of the Power crew, according to the site.

I sit next to my family as i type this post of a day gone the worst. Started as a regular ole workday for everyone of us. Ironically for me the night prior saw me as part of the special CNN Heroes annual gala honoring local yet worldwide heroes. I found myself presenting to 1 of those heroes. And now, as the man who was given the challenge of quarterbacking this very formidable team into 6 successful seasons of play, i find myself presenting along with my colleagues & producers this tragic tragic news of one of our work family members losing his life on the job. Unless under a rock ....all of you who have rooted for me & this show.....have heard me pay homage to our crew over & over & over again. I was born a team player & will leave this earth as one. On this “just another work day”, we all were & are faced with the harshest of realities that a wife has lost her husband, children their father & friends.....their beautiful hardworking GRACIOUS Pedro. As the QB of this show & as the face of the network, this has of course affected me. But as a person in communication & exchange of spirit as much as i was with good ole Pedro...i’m rocked. NO team ever imagines losing a teammate. Let alone like this. On behalf of ALL of us here at Power, we send our deepest condolences to the entire Jimenez family & God, we ask that you warmly receive our good ole Pedro. Please send up prayers for the Jimenez family while loving on your own 🙏🏽

3. He had worked on the show since its start. — Jimenez was with the Power family from its first day of production, all the way back in 2014. Production on the show’s sixth season has been temporarily shut down out of respect for the Jimenez family and other cast and crew members.

4. ‘Power’ stars have spoken out and they are devastated. — The show’s main star, Omari Hardwick was the first to speak out with a long message on Instagram. He took responsibility as the show’s “quarterback” to address the tragic death on behalf of the cast. Joseph Sikora (Tommy) thanked Jimenez for “always having a smile and brining so much love on set,” in an emotional tribute on Instagram. The rest of the cast followed suit with 50 Cent (executive producer and former cast member), Lala Anthony (LaKeisha), and Naturi Naughton (Tasha) all posting heartfelt posts on Instagram.

5. Jimenez was a family man who brought joy to the cast and crew. — Hardwick, who called Jimenez a “beautiful, hardworking, GRACIOUS” man, revealed that Jimenez left behind a wife and children. However, his family has not been identified.