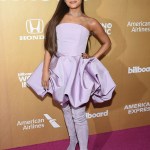 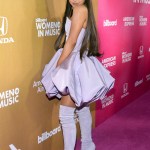 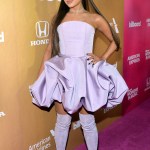 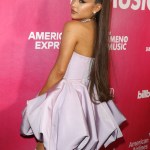 Singer-songwriter Maggie Rogers spoke to HollywoodLife at Billboard’s 2018 Women In Music event, & reflected on an emotional year, & her ‘most vulnerable’ song to date.

Maggie Rogers, 24, rose to fame in 2016 with her hit song “Alaska,” and now, she’s finally ready to debut her first full-length album. Her highly-anticipated record, Heard It In A Past Life, is due out in January, and the singer caught up with HollywoodLife at the 2018 Billboard Women In Music Awards to reveal the meaning behind the album’s standout single, “Light On,” and more!

It was thanks to a viral video with Pharrell Williams, 45, that Maggie first skyrocketed into the spotlight, a moment that she still acknowledges to this day. “My career started very quickly with this video of me and Pharrell, hitting the internet the day I graduated from college, and I was really overwhelmed and kind of scared about all the pressure and expectations for a while,” the singer told us in the interview. But – Maggie feels right at home in front of her fans, and revealed that her latest single, “Light On,” is a sweet tribute to them! “Light On” is kind of the most vulnerable I’ve ever been in a song before, the singer says. “It’s me saying to my fans I care about you, you have held me up through all of this, and I’ll be there for you.”

The entire world took notice of Maggie when she appeared on the Nov. 3 episode of Saturday Night Live, as the musical performer that night. The breakout star is well aware of the honor, and told HL about what went down in the moments after she got the call. “I was in the car from the airport to the hotel before I started the first day of my North American tour and I was with my drummer, and I just started screaming, and I just yelled and yelled, because, you know, I don’t have a record out. I’m a new artist, but I’m a very new artist, and ‘SNL’ just…there is no greater honor,” she said. “Even walking in there for rehearsals, I walked in the first day and just started sobbing. I was just so overwhelmed by the amount of energy in that space, and my photo in the dressing room at SNL, they have all of the photos of the artists that have played in the last couple years. My photo is in between Paul Simon and Lil Wayne which is just…maybe that perfectly describes me in some Universe,” she added with a laugh.

As we patiently await the arrival of Maggie’s new album, we have her singles “Light On,” and “Fallingwater,” on loop. This budding star already has an impressive slew of accomplishments under her belt, and she’s just getting started!