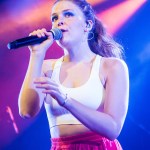 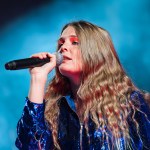 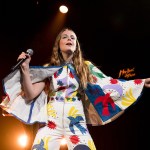 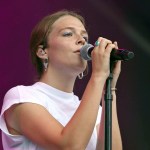 Following the likes of Kanye West, and Travis Scott, Maggie Rogers is taking the ‘SNL’ stage this season. But who is the singer? Here’s 5 fast facts you should know about her.

Maggie Rogers, 24, is taking the stage on the Nov. 3 episode of Saturday Night Live. After the show’s 44th season kicked off with superstars such as Kanye West, and Travis Scott as musical performers, Maggie marks the first indie artist to land the honor this fall. Even before the show aired, Maggie found herself in the media spotlight, when the show’s promo showed her standing alongside Pete Davidson. Pete, who just recently ended his engagement with Ariana Grande, roped Maggie into a joke about his failed engagement, and the clip went super viral! Before her appearance on the iconic show, everyone is asking: Who is Maggie Rogers? Here’s 5 things you should know about the musician.

1. She once made Pharrell cry.

Maggie received her first big break back in 2016, during an NYU master class, which included Pharrell Williams as a guest speaker. After playing her song “Alaska” for the producer, he was left astounded and glassy-eyed. “Wow. Wow. I have zero…zero notes for that. And I’ll tell you why, you’re doing your own thing. It’s singular,” he said of the track, which is now released and has 10 million views on YouTube.

2. Her music is largely inspired by nature.

“Alaska” was inspired by a month long hiking trip she took the summer after her freshman year of college, but her love of the outdoors can be felt through many of the songs she pens. In between verses, the sound of birdcalls, a tree falling, and rattlesnakes can often be heard.

3. Pete Davidson (jokingly) proposed to her.

In the promo clip for her SNL episode, Maggie can be seen standing next to Pete, as he decides to crack a joke with her. “Hey Maggie, I’m Pete. You wanna get married?” he says in the clip, spoofing his failed engagement with Ariana Grande. While Maggie declined, the clip went viral, and even got back to Ariana herself, who wasn’t happy about it.

Her video for  “Light On,” her latest single, arrived on Oct. 25, and it’s a beautiful representation of the heartbreaking ballad.

Maggie’s forthcoming album, Heard It In a Past Life arrives next year. It will be her first full-length.