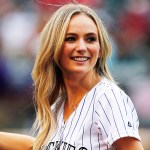 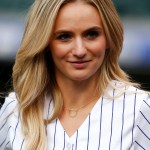 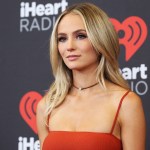 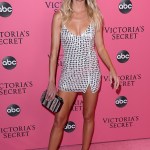 ‘Bachelor’ star Lauren Bushnell and country singer Chris Lane are the hot new couple in the entertainment world after being friends for a while. In a new interview, Lauren told HL EXCLUSIVELY how and when things went from platonic to romantic.

Bachelor star Lauren Bushnell, 28, has found love in longtime friend Chris Lane, 34, and she’s not shy about sharing exactly how things turned romantic for the two! In an EXCLUSIVE interview with HollywoodLife at the Shop and Sip Styling Event at DSW’s Winter Wonderland with JustFab and ShoeDazzle in Torrance, California on Dec. 7, the reality star spilled the beans on her relationship. “It’s going really great!,” Lauren said about her romance with the hunky country singer. “Yeah, he’s a keeper, he’s a cutie. I’m very happy I feel really lucky. We met at an iHeart Radio award show in Austin years ago, gosh it might’ve been three years ago, and that’s when we met initially and kind of just became friends. Then I ran into him and some of his friends in Nashville a while ago, and just kind of developed a friendship and obviously now we are more than friends.”

Lauren also talked about the moment she first saw Chris in a different light. “It was not long ago, only a couple of months ago,” she explained. “We went on a trip in August as friends and it just started from there. I was single and he was single and it just kind of naturally happened. We were in the Bahamas but it was a group of friends, it was very low-key.”

Now that Lauren and Chris are together, they’re already planning for the upcoming holidays and it turns out the blonde beauty is going to visit her beau on the East Coast. “I’m going to the East Coast to hang with him for a few days, he is touring over there and we’re going to hang out for a couple days in New York and then I will be in Portland for Christmas and he will be with his family,” she said. “But we’re going to hang out a little bit before holidays which is nice!” They will also spend New Year’s Eve together although Lauren admitted she’s not sure where they will be yet.

When we asked Lauren what the most romantic thing Chris has ever done for her since they got into a relationship, she couldn’t stop gushing about her love. “He’s so sweet he makes me feel so good and builds me up and makes me feel really confident and I just feel very lucky to have him,” she raved. “I feel like someone making you feel beautiful and confident and all of those things is romantic in itself, to me it doesn’t have to be a big gesture to be romantic. I just appreciate those little things.”