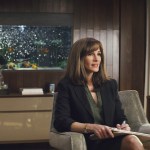 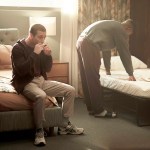 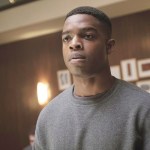 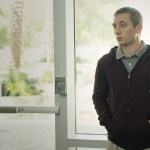 ‘Homecoming’ debuted on Amazon Prime Video on Nov. 2. The thrilling new series stars Julia Roberts, and it’s a show you need to binge ASAP. Here’s what you need to know about ‘Homecoming!’

Julia Roberts is the latest movie star to come to TV, and Homecoming is one of the best new shows of the fall. The series is Amazon Prime Video’s latest thriller and is directed and executive produced by Mr. Robot’s Sam Esmail. All 10 episodes are now currently streaming, so you can watch at your own pace.

Everyone is talking about Homecoming, so it’s time to join the club. The episodes only run about 30 minutes long! HollywoodLife has rounded up a list of 5 key things you should know about the new series before sitting down to watch. Check them out below!

1. This is Julia Roberts’ first TV series! The Oscar winner has starred in countless movies over the years, including Erin Brokovich, Pretty Woman, Steel Magnolias, and Notting Hill. Homecoming is her first series regular role. In a recent interview, Julia revealed her conditions for joining the show. “I grew up watching television, and then there’s a whole period of my life where television was just not on my radar,” Julia told the Associated Press. “For me coming in from film, the two things I felt were absolutely critical to me being able to do this, just because of how my creative mind works were: I wanted Sam to direct all the episodes and I wanted all the scripts before we started shooting. I can’t read a map just one little section at a time.”

2. Homecoming is a psychological thriller at its best. The series synopsis is: “Heidi Bergman (Roberts) is a caseworker at the Homecoming Transitional Support Center, a Geist Group facility helping soldiers transition back to civilian life. Walter Cruz (Stephan James) is one of these soldiers, eager to begin the next phase of his life.  Overseeing Heidi and the facility is Colin Belfast (Bobby Cannavale), an ambitious company man whose manic demands point to questionable motives.”

3. The show is based on a well-known podcast. Homecoming was created by Eli Horowitz and Micah Bloomberg, who started the fictional podcast of the same name.

5. Get ready for more Homecoming! When the show was picked up, Amazon Prime Video gave it a two-season order, our sister site Deadline reported. A premiere date has not been revealed.