A new photo posted to Iggy Azalea’s Instagram page has fans going WILD over her new look! See the photo that has everyone buzzing here.

Iggy Azalea posted quite the sexy selfie to Instagram on Oct. 24, and her face looks quite different in the shot. The rapper’s lips are plump as ever in the pic, while the area around her eyes definitely seems tighter, almost to the point where she doesn’t even fully look like herself. However, fans are totally on-board with whatever she’s done to change things up! “You really look very stunning,” one person gushed in the comments section of the post. Another added, “You’re so gorgeous, keep it up!”

Overall, the comments were full of fire and heart eye emojis, so clearly Iggy’s fans are in approval of her new look! Iggy has been sporting fuller lips for a while, but they were emphasized more than ever in this new pic thanks to her lipstick and gloss. The 28-year-old has not commented on whether or not she had any new work done to her face recently, but she’s been vocal about having plastic surgery in the past — she’s even admitted to getting her nose done, along with breast implants.

“Plastic surgery is an emotional journey,” Iggy admitted in a 2015 interview. “It’s no easy feat to live with your flaws and accept yourself — and it’s not easy feat to change yourself.” She also said she wasn’t going to deny getting work done because “it’s lame” to do so. 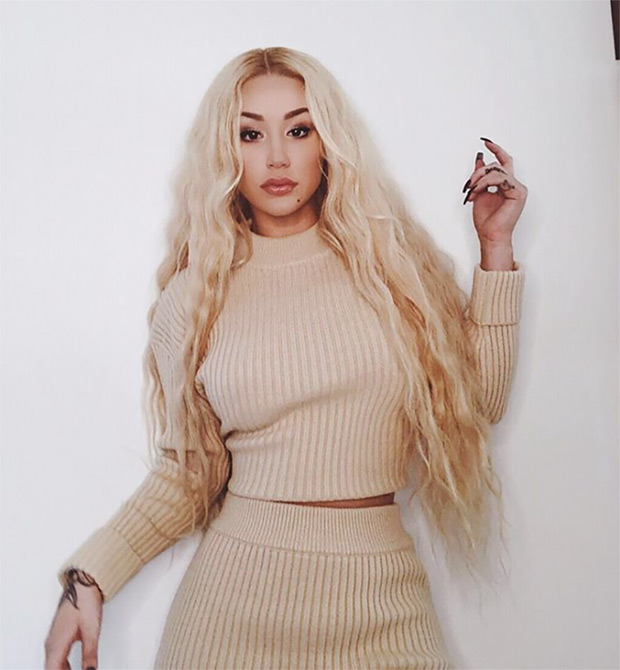 “I don’t think you should be ashamed if you made a change to yourself,” she explained. “Which is why I’ve spoken about the changes I’ve made, like with my breasts.” She also admitted that there are other parts of her body that she still dislikes, but didn’t change because she’s “learned to accept” them.