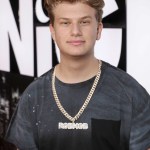 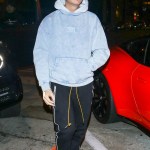 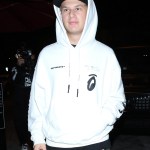 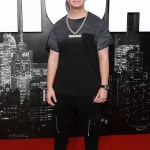 Justin Roberts, 16, may only be a teenager, but in an EXCLUSIVE interview with HollywoodLife, the social media star proves that age is just a number, as his online empire continues to climb!

Justin Roberts, 16, decided 6 years ago that he wanted to put his comedic chops to good use, but he didn’t really know where to begin. Eventually, he grabbed his phone and turned to the internet. “I was just making stupid videos and stuff inside my house, just of me doing funny videos because there was a bunch,” Justin tells HollywoodLife EXCLUSIVELY of his first posts, which were shared on YouTube. “It kind of faded out and then I became older and I wanted to start getting back into it, so I started posting boxing videos and that was definitely a lot of fun. I kind of grew to love comedy sketches.”
And others grew to love Justin! Celebrities like Russell Westbrook, Lil Pump and even Drake began to reach out and ask him to collaborate, which took Justin by surprise. “It’s really cool when a celebrity knows who you are. Drake knew who I was,” Justin shares of the rapper with whom he recently met at Tao Restaurant in Hollywood. ” I was eating there and he knew who I was and we started talking. It was really cool. We just started talking and we made a video and we did a picture. He started following me on Instagram. I never expected him to know anything that I did!”
Though Justin didn’t want to reveal all of his secrets to HL, he hints that he has some big future collaborations in the works. “I have new music coming out. It’s going to be crazy! I’m working on a lot more music coming out. I post every other Saturday on my YouTube channel and I’m just going to continue to grow that and make it bigger and make it funnier and get people really hooked on that.” With over 1M Instagram and YouTube subscribers to date, we bet Justin’s fans can’t wait to see what he has coming up next!