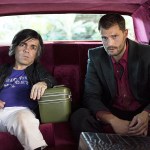 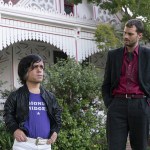 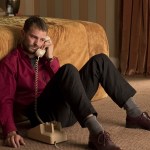 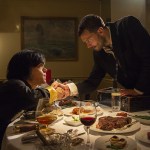 ‘My Dinner With Hervé’ premieres Oct. 20, with ‘Game of Thrones’ star Peter Dinklage playing Hervé Villechaize. Before the movie airs, get up to speed on the fascinating actor.

The HBO film My Dinner With Hervé will make its highly-anticipated debut at 8 p.m. on Oct. 20. Peter Dinklage stars as Hervé Villechaize, who was the world’s most famous knife-wielding French dwarf once upon a time. The movie follows struggling journalist, played by Jamie Dornan, during his one wild night in Los Angeles with Hervé.

Peter opened up to HollywoodLife EXCLUSIVELY about playing Hervé. “This was the first time I have actually played someone who really existed and was a real person,” Peter said. “So that to me was a great honor and a privilege. Getting to meet family members of his and his brother, it takes it to a whole new level when you are playing somebody who was a real person whose family, friends, and loved ones are still around. So that was everything to me.” Here are 5 key facts you need to know about Hervé.

1. Hervé is best known for his roles in a James Bond movie and the show Fantasy Island. Hervé, who was born in France, played evil henchman Nick Nack in the 1974 Bond movie. He also starred as Tattoo on the series Fantasy Island from 1977 to 1984. He was best known for delivering the line “De plane! De plane!” Hervé went on to star in other films like Crazy Joe, Maidstone, and Greaser’s Palace.

2. Hervé committed suicide. The actor shot and killed himself on the morning of September 4, 1993, according to Biography. His girlfriend discovered him, and he later died at the hospital. He was 50 years old. His suicide note revealed the his chronic health problems had driven him to take his life. He had previously attempted suicide before his death.

3. He got into legal trouble shortly before his death. Hervé was convicted in 1985 of a misdemeanor for carrying a loaded weapon in a hospital. He was arrested again for an incident involving one of his ex-wives.

5. He was also a painter and photographer. When Hervé came to the United States, he taught himself English by watching television. Before starting his acting career, he started in painting and photography. His first roles were in off-Broadway productions.