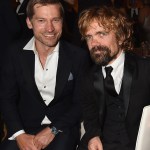 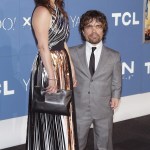 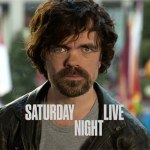 Peter Dinklage has another exciting HBO role coming! HL talked EXCLUSIVELY with the ‘GoT’ star about playing French actor Hervé Villechaize in a new movie.

Peter Dinklage, 48, recently wrapped up filming the new HBO movie My Dinner with Hervé, which will air in 2018. The Golden Globe-winning actor, best known for playing Tyrion Lannister on Game of Thrones, is taking on the role of the late Hervé Villechaize, a French actor who starred on the hit ’70s series Fantasy Island and more. The film will follow the friendship between Hervé and journalist Danny Tate (Jamie Dornan). Hervé tragically committed suicide at the age of 50 in 1993. HollywoodLife.com got the chance to talk EXCLUSIVELY with Peter about taking on the role of the late actor.

“Well, as tragic as it is, that guy burned brighter than anybody else that I have ever played…or have had the privilege to play” Peter told HollywoodLife.com. “This was the first time I have actually played someone who really existed and was a real person. So that to me was a great honor and a privilege. Getting to meet family members of his and his brother, it takes it to a whole new level when you are playing somebody who was a real person whose family, friends, and loved ones are still around. So that was everything to me.”

Peter can currently be seen in an epic Doritos/Mountain Dew commercial that will air during the 2018 Super Bowl. Peter, representing Doritos Blaze, and Morgan Freeman, representing Mountain Dew Ice, go to battle and rap a new song of ice and fire. The actor, along with his Game of Thrones co-stars, are now filming the final season of the hit HBO show now. Game of Thrones season 8 will air in 2019.

Since the actor has said he wants a role in a Star Wars movie, we asked him whether he’d want to be a part of the Resistance or the First Order. “Oh my, gosh!” Peter said. “Whatever they got! All the above, you can’t… it’s Star Wars, you can’t pick and choose about that one!”

HollywoodLifers, are you looking forward to Peter’s new HBO movie? Let us know!