Are you ready to go back to the ’90s?! Riverdale will be going back in time to when FP, Fred, Alice, and the rest of the parents were in high school. Fortunately for us, the kids will be playing the younger versions of their parents. This means we’re getting Cole Sprouse giving us Scream-era Skeet Ulrich vibes to play young FP, and Lili Reinhart as Twin Peaks-era Mädchen Amick while playing young Alice. Cole looks eerily like younger Skeet with his messy brown hair and white T-shirt. Lili slays with voluminous curly hair and edgy makeup. Alice Cooper was in the thick of her Southside Serpent days in high school, so prepare yourselves for serious attitude. 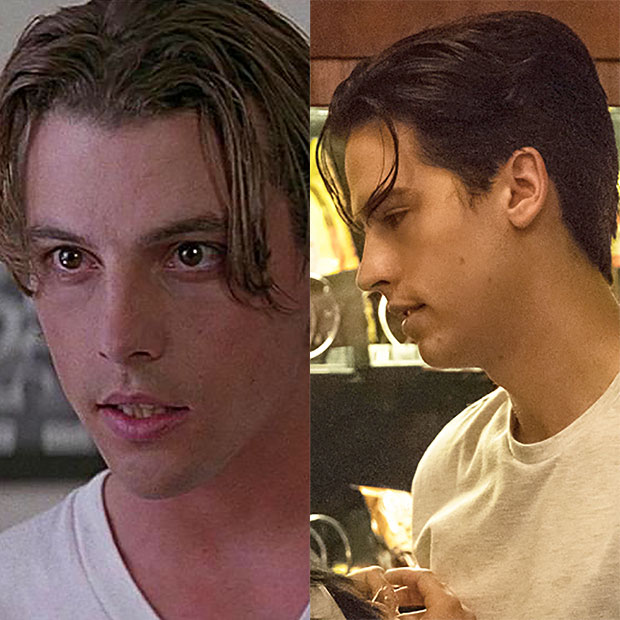 The resemblances between the younger cast members and their onscreen parents are incredible. Let’s just give the Riverdale casting people some serious credit for doing such a great job. The Riverdale parents all made some sort of pact in high school that’s coming back to haunt them in the present day. This episode will shed light on their secret. The Breakfast Club’s Anthony Michael Hall will play the principal. The flashback episode will air Nov. 7 at 8 p.m. on The CW.