Asia’h Epperson seems to be taunting Tiny Harris yet again, openly singing along to T.I.’s mysic and sending flirty messages to him.

Oh snap! Just when T.I. and Tiny Harris thought Asia’h Epperson was done taunting them, the 30-year-old is reminding the couple of how he slapped her butt last June. Tip just dropped his new album Dime Trap on Oct. 5 and Asia’h is clearly a fan.  n a series of videos on her Instagram stories, Asia’h sang along to the song “More and More” while looking straight into the camera with a smile on her face.  She sang along to the lyric “My bitches come with fat a** and a spray tan” seeming to give a nod to when Tip was caught on video grabbing her butt backstage at a concert.

She wrote over one video a flirty message to T.I., directly tagging him with “@troubleman31 sh*t is” followed by six fire emojis. Yep, is album is lit but he probably didn’t want to hear that from Asia’h. It’s just going to remind Tiny all over again about his indiscretion with her. Oh man, to be a fly on the wall at the Harris household, Tiny’s probably tearing Tip a new one. It was like Asia’h went out of her way to remind T.I. about their racy encounter and that she hasn’t forgot about it.

In another vid she wrote additional lyrics to the song, “All I know is more and more” followed by three keeping it 100 emojis. Sure she could just love Tip’s new music, and she already has the lyrics to “More and More” memorized. But she also looked super fine while giving T.I. such compliments and that’s gotta hurt Tiny. 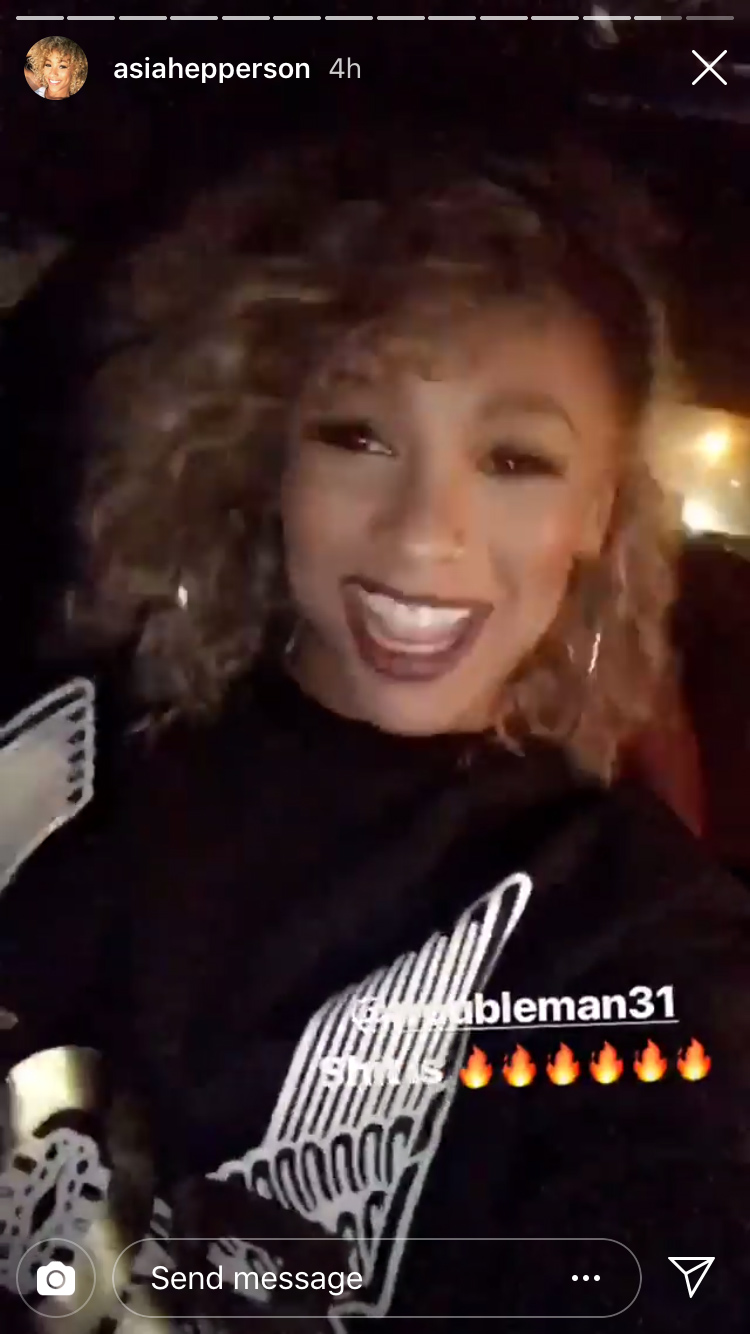 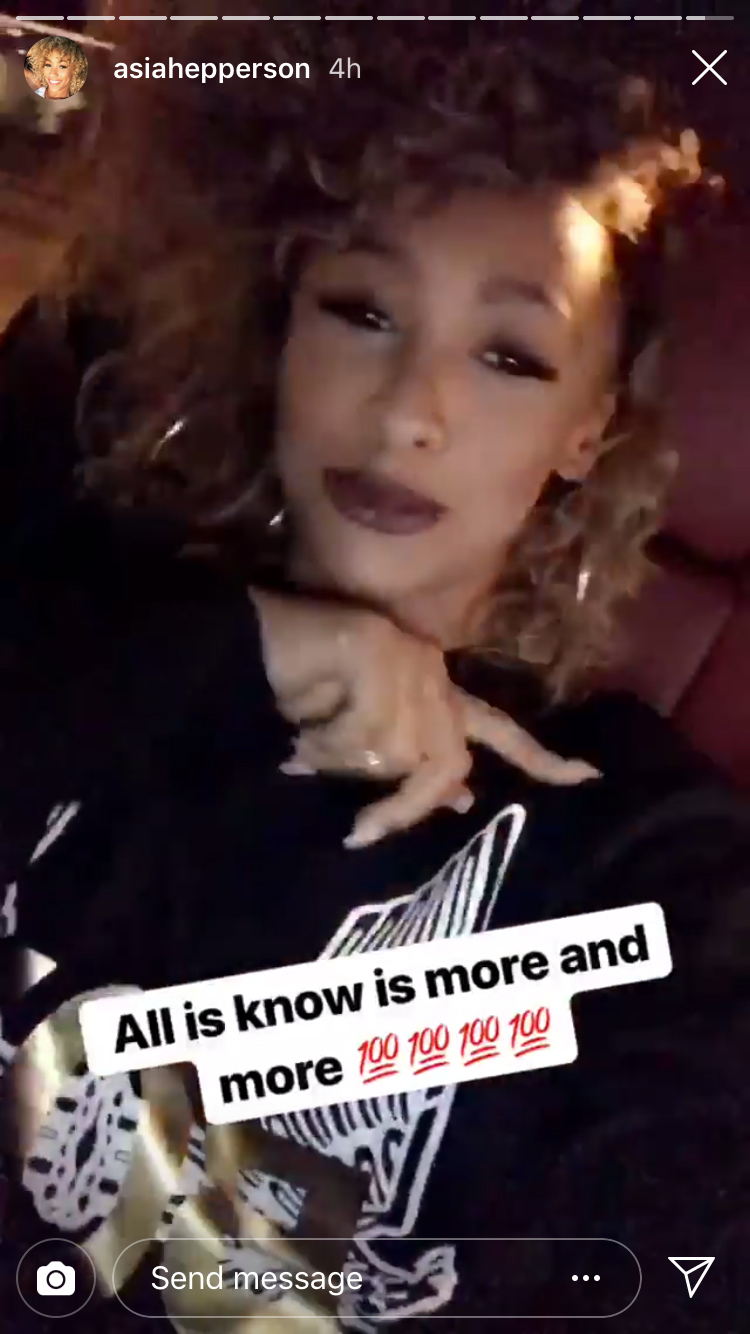 Asia’h wore gorgeous full makeup with sexy burgundy lipstick and darkly lined eyes. She rocked wavy blonde curls, big gold hoop earrings and a black sweater. Asia’h’s a stunning woman so no wonder she caught Tip’s eye, as well as his hand on her backside. Tip even owned up to their sexy encounter in the song “Mr. F**k Up” off his new album:

Tip raps: It’s amazing all the sh*t I done / Such examples I’ve been setting for my son / All she did was stay down and have my kid / All the time just to realize that I ain’t sh*t / Such audacity that I must have / To get in mint company and slap on ass / Damn, if I must say in my defense / I think should get credit for the asses I resist.