Ashley Graham has always been known for her famous curves. Fans have found it so refreshing to have a top model who is a size 16 instead of a size zero. But there seemed to be less Ashley to love when she attended Vogue‘s Force of Fashion event on Oct. 11. She wore a color blocked knit dress by Prabal Gurung that fit her body like a glove. But it was impossible not to notice how she appeared thinner than usual. Ashley’s waist was super trim, her tummy was completely flat and even her hips appeared to be smaller. She still had amazing cleavage though, as was evidenced in the pic.

The 30-year-old stunner shared the pics of her dress on Instagram and immediately fans noticed that she appeared to have lost a lot of weight. The comments loaded up with people claiming she no longer looked like a plus sized model. One fan wrote, “she isn’t plus size anymore in this picture she looks super skinny only like a curvy girl, but not a plus size.” Another asked her, “R u still a plus size model?” One fan wrote “U lose weight whyyyy?! “”So she finally decided to join the main stream and wanna become thin. Isn’t she proud of her plus size anymore?” another questioned

Others actually praised her apparent weight loss. “Wow your’re so skinny now. I need to do what you’re doing looking so good girl” one fan wrote. Another added, “You look amazing and that dress is soooo flattering you look SO SKINNY!!!” Another speculated she might be wearing Spanx and that’s why she looked thinner. “Damn daniel! The workouts and whatever you have under is all doing well. This is a great pic,” one person commented. 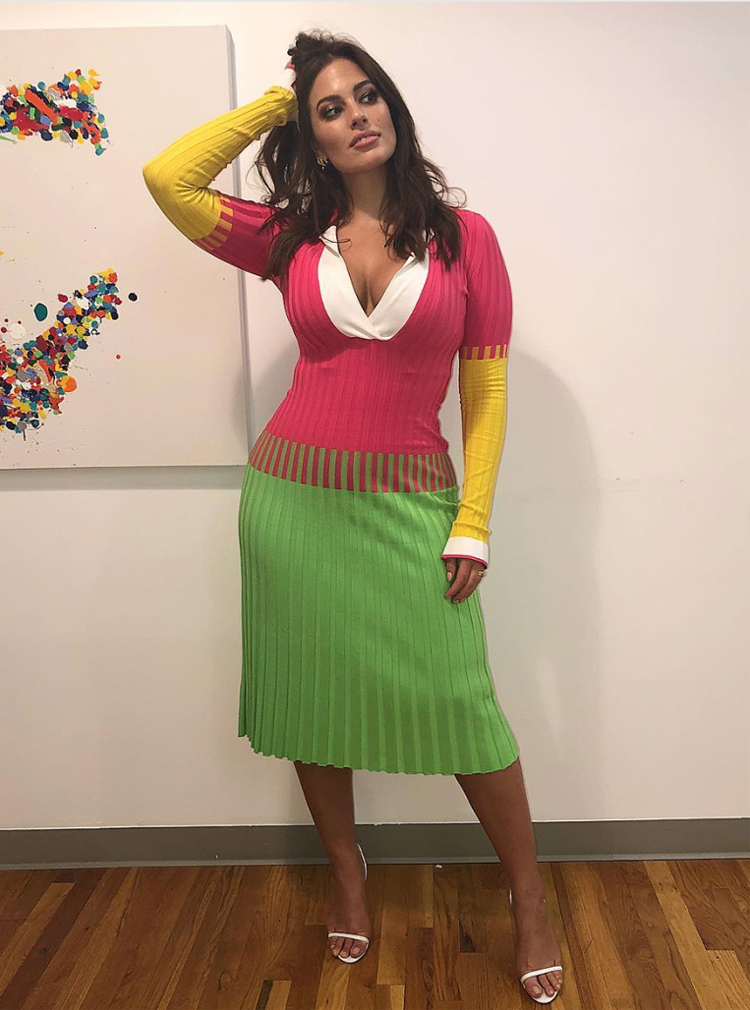 Some fans just wanted Ashley to he happy at any weight. “You look great girl! With less curves, with more curves-who cares as long as you love the skin you are in,” one person wrote while another explained “If you know the fashion industry you know she is NOT a ‘reg’ size model even if she got fitter. Models are skinny AF. @ashleygraham you look incredible in that dress whether you’re 16 or 12. Do the damn thing girl!!!” Ashley really is perfection in that dress.