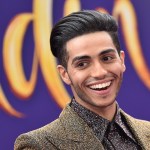 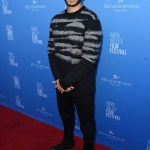 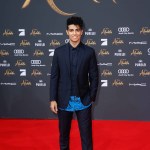 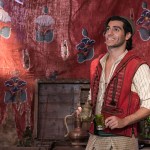 Here’s everything you should know about Mena Massoud, the 27-year-old actor playing the titular role in the live-action film, ‘Aladdin’! Fans got their first look at the upcoming Disney film on Oct. 11.

You probably just saw Mena Massoud’s character, Aladdin, find Genie’s lamp in the Cave of Wonders in the first teaser trailer for Aladdin, which dropped on Oct. 11! But who really is the 27-year-old actor bringing the beloved Disney character to life? Normally a small screen regular, Mena’s jumping onto the big screen — and limelight — along big Hollywood names like Will Smith, who plays Genie. We’re predicting that Mena will become a household name after the film’s release on May 24, 2019, so it’s time to get studying up on him!

1. Mena stars on Tom Clancy’s Jack Ryan, alongside John Krasinski. Amazon released the original thriller series on Aug. 31, in which Mena plays Tarek Kassar. But Mena has been a television regular since 2011! His other most recognizable role is Jared Malik in Teen Nick’s Open Heart, and he’s also appeared on Nikita and Saving Hope.

2. Aladdin isn’t his only movie coming out in 2019. Mena has three more movies set to be released next year! He’s starring in Strange But True with A-listers like Nick Robinson, Margaret Qualley and Amy Ryan, Warning with Lana Condor and Alex Pettyfer, and Hulu’s Reprisal with Abigail Spencer. He’ll also be playing a political aide alongside Nina Dobrev in a fourth film, Run The Town, although the release date is TBA.

3. Mena’s birth country is Egypt, but he grew up in Canada. Mena was born in Cairo, Egypt, but relocated to Markham, Ontario, Canada.

4. He founded a vegan project. It’s called Evolving Vegan, and Mena’s currently touring vegan eateries to profile the “best plant-based establishments, restauranteurs and chefs,” as his website states. You can watch Mena’s conversations on the project’s IGTV. Evolving Vegan is gathering recipes and interviews for its upcoming lifestyle book!

5. Mena’s had difficulty in the past landing roles as a POC. Even after nabbing a number of roles by 2015, Aladdin’s actor admitted that “being a visible minority” still “affects [him]” to Defective Geeks. “I can’t compete for roles that require me to be Caucasian or African American, even if those characters really connect with me and intrigue me,” Mena said during the interview, conducted in January of 2015. “The competition may be less, some people would say, but the amount of work to be had is less as well. However, I think the industry is growing more and more and starting to support actors of all cultural backgrounds.”