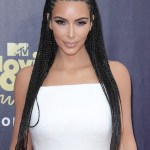 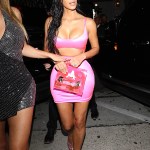 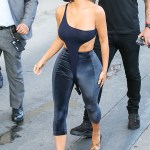 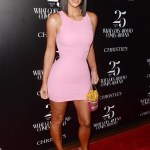 Listen to Kim Kardashian’s lengthy apology as she admitted she never meant ‘to offend anyone’ with her anorexia comment to Ashley Graham during the model’s first podcast episode on Oct. 2.

Kim Kardashian, 37, has broken her silence over the backlash she faced for allegedly supporting anorexia. And she apologized right in front of supermodel Ashley Graham, 30, an icon in the plus-sized industry. The Sports Illustrated Swimsuit model invited Kim as her first guest for her new podcast show, Pretty Big Deal with Ashley Graham, and didn’t shy away from touchy subjects for the inaugural episode on Oct. 2! “I just recently got a lot of backlash for saying a comment about, I don’t even know what was said, I think one of my sisters…” Kim said, trailing off, and Ashley gave the Keeping Up with the Kardashians star a refresher.

“Well, I can tell you. It was you and Khloe, you were somewhere, you were at a poker tournament, and you had recently lost a little bit of weight because you had been working out like crazy, and you were giving each other compliments like ‘Oh you look so anorexic looking, you look so good,'” Ashley told Kim. “And next thing you know it spiraled into people saying ‘Well I’ve got anorexia, how dare you?'” That’s the debrief, but for the full recap, Kendall Jenner, 22, told Kim at the poker tournament, “I don’t think you’re eating. Like you look so skinny.” Kim, who had just dropped to 119 pounds in July, squealed in delight. “Whaaaaat? Whaaaaat? Oh my God thank you!” she exclaimed. Her reaction was similar when Khloe Kardashian, 34, called her older sister “anorexic.”

Which brings Kim to her apology today. After Twitter users slammed the KUWTK star for her “bullsh*t message” and more, Kim expressed her regret to Ashley. “And I honestly, looking back, and having said that, I 100% completely understand where people would be coming from that felt that way,” Kim confessed to the model. “So my intention is never to offend anyone, and I really apologize if I offended anyone, because an eating disorder is…I know people who have serious eating disorders who have been in and out of the hospital for 15 years, close people.”

“So I’ve experienced it enough to have known better,” Kim continued. “I was with my sisters and we were laughing and joking and it’s loud and you know, I don’t know, sometimes you can get carried away and just…it was insensitive. It definitely wasn’t my intention though.” Kim and Ashley also chatted over more lighthearted subjects like the moment they met and that one time Jennifer Lopez cooked the KUWTK star dinner, which you can tune in to above!

As we’ve told you, Kim dropped her weight partly due to fat-shaming pressure. After cruel trolls hated on Kim’s un-airbrushed body in Mexico bikini pictures from April of 2017, Kim wanted a revenge body. “Kim didn’t get super skinny by starving herself and she is nowhere near anorexic,” a Kardashian insider EXCLUSIVELY told HollywoodLife on Aug. 2, referring to the eating disorder controversy. “She has been working hard and eating super clean for over a year. She’s very proud of herself for being so consistent. It has not been easy by any means, but looking this good is the best revenge on all the people that body-shamed her last year after those horrible pictures of her in Mexico on the beach in her bikini came out.”