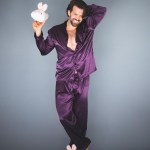 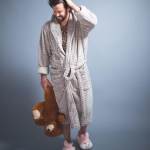 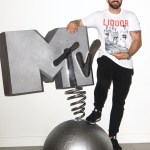 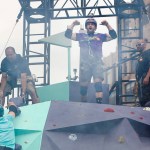 We caught up with MTV star, Johnny Bananas, EXCLUSIVELY to get all the scoop on his new gig as the host of ‘1st Look.’ Plus, does the job mean he’s leaving ‘The Challenge’ for good?!

Johnny “Bananas” Devenanzio is currently competing on this season of The Challenge: Final Reckoning, but starting Sept. 29, you’ll also be able to catch him hosting NBC’s travel show, 1st Look! Following in the footsteps of past hosts like Ali Fedotowsky, Audrina Patridge, Ashley Roberts and more, Johnny will travel to various locations and participate in activities with the region’s natives. “I think people ae going to see the same me that they’ve always known — fans of me who’ve always known me — but in a completely different environment,” Bananas told HollywoodLife EXCLUSIVELY. “The same sophomoric, stir-the-pot kind of humor, but 1st Look allows me to take that edge off and be a little more vulnerable.”

Fans of MTV’s The Challenge know Johnny as a longtime vet, who has dominated the competition and is never afraid to make big moves. Obviously, 1st Look is a completely different ballgame, but Johnny admitted that being on The Challenge has helped prepare him for this venture. “What’s amazing about 1st Look is that it almost combines everything I love and know I’m good at with The Challenge — challenging me, putting me in different scenarios,” he explained. “But it also adds the hosting aspect on top of that.”

Johnny told us that being on The Challenge has been an “amazing experience,” but after years on the show, he felt like he’s accomplished everything he’s had the ability to. “What I’ve always wanted to do is hosting,” he admitted. “I feel like that’s the next logical transition.” And, along the way, he’s gotten to learn a thing or two. “This has been an interesting process,” he said. “It’s not just learning about hosting, but it taught me about myself and what I’m capable of. My strengths are more than just being a guy that cracks jokes and likes to tease people and stir the pot.”

But…don’t worry Challenge fans — this most certainly doesn’t mean Johnny is one with The Challenge for good! “This is not even close [to the end of my Challenge career,” he promised. “I’ve always said I’m going to ride The Challenge bandwagon until the wheels fall off or until my body tells me no or MTV tells me no or my mom tells me No. I don’t think any of those things are in the cards. The Challenge has a special place in my heart and always will. I essentially grew up on this show. It’s very rare that anyone has the ability to watch themselves grow up and “mature” a little bit. And again, without The Challenge and MTV, we wouldn’t be sitting here having this conversation right ow. I wouldn’t be hosting a show.”

1st Look will air after the Sept. 29 episode of Saturday Night Live on NBC.