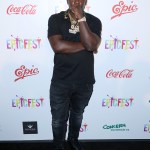 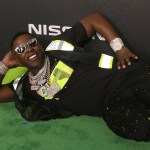 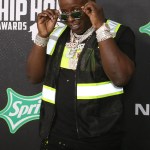 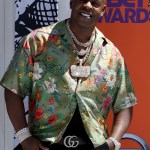 It’s a good week to be Blac Youngsta! Ahead of the release of his new project, he threw a wild party with plenty of half-naked women in attendance…and he took plenty of videos, of course!

Blac Youngsta sure knows how to have a good time! The rapper invited dozens of women to his house for a wild party on Aug. 29, and he shared endless videos of the bash on his Instagram Story. Along with the clips, he also live streamed a portion of the event, and he looked like he was having a BLAST. It seemed like Blac was the only male in attendance at the wild house party, as he was surrounded by scantily-clad women, many of whom were just in their lingerie.

Twitter blew up when the the videos started going live on Blac Youngsta’s story, and the reactions were hilarious. Many even pointed out that the 28-year-old is like a “reborn Hugh Hefner.” LOL! “Lmao Blac Youngsta truly the goat, I’m tryna live life like this,” one person wrote. Another added, “Blac Youngsta really be living his best life.” Someone else also joked, “Every father’s worst nightmare is goin down on Blac Youngsta’s IG Live right now.” The women in the story certainly did NOT seem to care, though!

In the videos from the wild night, the women are seen playing a game of Twister, while Blac Youngsta made his way around the room. He danced with several of the different women, and had no shame in showing off their moves from various angles. Naturally, he began trending on Twitter quickly after these videos surfaced!

It appears Blac Youngsta threw this party to celebrate the release of his upcoming mixtape, F*** Everybody 2. Earlier this week, he confirmed that the new project will be released on Aug 31, and fans are stoked. What a week!